The twisting of reality is becoming common practice in the meeting, tradeshow, event and exhibition world.

By using an ever-evolving array of technology such as virtual reality, augmented reality and mixed reality, users can enter worlds created from scratch to entertain, provide demonstrations and eventually sell a concept or product.

But how “realistic” is the implementation of this technology? What is each good at doing and what drawbacks are endemic to which specific medium?

Before you, your exhibitors and attendees pass through the looking glass, arm yourself with a basic knowledge of how this technology performs and whether it will be suited to your meeting, tradeshow or event.

VR is the use of computer technology to create a simulated environment. Instead of viewing a screen in front of them, users are immersed and able to interact with 3D worlds.

Despite the several downside issues, there are several ways the technology can be used effectively for exhibitions and events.

What we won’t see soon at business events:

VR, AR and MR will see significant growth over the next few years. Each has its strengths and weaknesses. By utilizing the strengths, event planners, exhibitors and attendees will benefit in many ways at exhibitions and events as they are adopted. 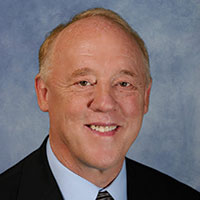 About the author
Corbin Ball | Speaker and Consultant

Corbin Ball, CMP, CSP, is a speaker and independent third-party consultant focusing on meetings technology. With more than 20 years of experience running international citywide technology meetings, he now helps clients worldwide use technology to save time and improve productivity.