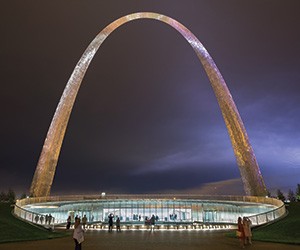 The Gateway Arch, the signature architectural masterpiece of St. Louis and the icon of the Westward Expansion of the United States, is even more emblematic as a symbol of the city’s resurgence.

Fresh off the $380 million CityArchRiver project that made massive improvements to the Gateway Arch National Park surrounding the Gateway Arch, the re-do added a wealth of impressive event options.

The CityArchRiver project also remedied a critical design flaw that cut off pedestrian access to the park from downtown St. Louis following the development of a busy six-lane highway.

“It’s not necessarily something people were interested in visiting. They might just take their tour bus and drive by, but now they can easily flow back and forth from downtown to the riverfront, and it’s all accessible now,” said Samantha Fisher, director of communications for the Gateway Arch Foundation.

“We’ve really incorporated this idea of universal design, so all of the entrances are made for everyone. It’s beautiful aesthetically and it makes it much easier for everyone to access,” she added.

[Read This Next: 8 Great St. Louis Attractions That Are Free for Visitors]

“People who come to St. Louis now don’t even realize what wasn’t there before,” Fishers continued. “And how nice it is to just stand there and take in the beautiful view of the Arch. As a St. Louisan, there’s a renewed sense of pride; the Arch is really a symbol of St. Louis.”

As part of the renovation, a 47,000-square-foot addition with the new entrance was added to the museum, bringing the total amount of space in the visitor center, museum and tram lobby to more than 150,000 square feet that can be used for public and private events. 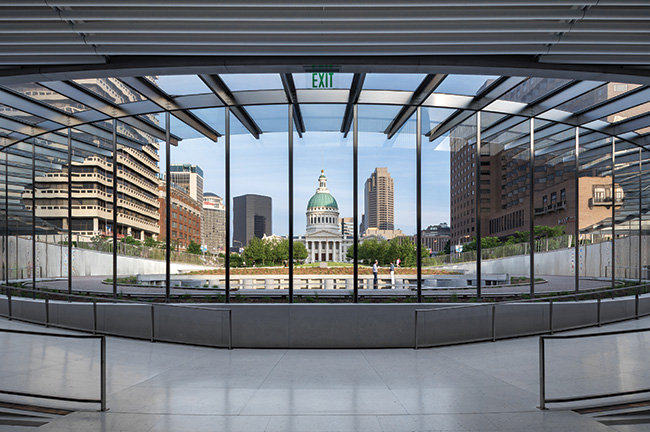 The CityArchRiver impacted all 90 acres of the National Park Service-maintained Jefferson National Expansion Memorial, include the following:

The effort also raised the Mississippi riverfront by two feet for over a mile and a half for flood control, with the added benefit of providing walking and biking trails.

CityArchRiver is but one of several projects that are boosting the city’s meetings and conventions appeal, punctuated by the just-announced expansion of the America’s Center Convention Complex that will include the addition of 92,000 square feet of exhibit space and a 65,000-square-foot ballroom.

“These are really fun projects that people are going to really enjoy, and they highlight the renaissance that’s going on throughout the whole region, which is highlighted by the St. Louis Arch project,” said Anthony Paraino, director of communications for Explore St. Louis, the city’s CVB.

“And all these places can be used by planners,” he added.

Major new projects set to be unveiled in the city by the end of 2020 include the following:

Soldiers’ Memorial: On November 3, 2018, the Soldiers’ Memorial wrapped a $30 million renovation. Dedicated to honoring local veterans and containing a wealth of military artifacts and exhibitions, the renovation of the classical-style building was funded entirely by anonymous donors, with a mission of maintaining the architectural and historic integrity of the landmark building.

Angard Arts Hotel: Set in the Grand Center Arts District and opened on November 1, 2018, the colorful AAH offers a truly modern guest experience that places a premium on design.

The hotel’s two event spaces offer a rooftop garden terrace with skyline views. The Angard Playhouse is located on the top floor of the property, and the hotel’s grand ballroom is located adjacent to the property’s signature restaurant, the Grand Tavern by David Burke.

The Last Hotel STL: Targeting a spring 2019 opening, the exquisitely crafted, 142-room The Last Hotel offers three floors of flexible meeting and event space, with reception areas leading to each. The hotel’s meeting venues offer spaces that can accommodate groups from 15 to 200, including a ballroom and junior ballroom, five boardrooms and conference facilities with prefunction and breakout spaces. 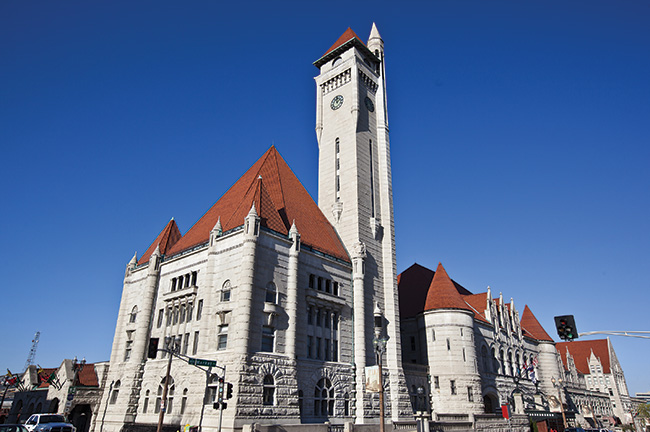 Hotel Indigo St. Louis: An adaptive reuse of the historic LaSalle building, this 86-room hotel will be located downtown near the Gateway Arch and two blocks from the America’s Center Convention Complex and will offer 5,000 square feet of meeting space and a rooftop bar that can be used for events.

Aloft by Marriott: Also set for a 2019 opening, the 129-room, design-forward Aloft by Marriott will serve the Cortex Innovation Community. The 280-acre Cortex district is a haven for tech and bio-engineering startups along with innovative divisions of corporate giants such as Microsoft and Boeing. A Cortex Metrolink station recently opened one block from the hotel construction site. 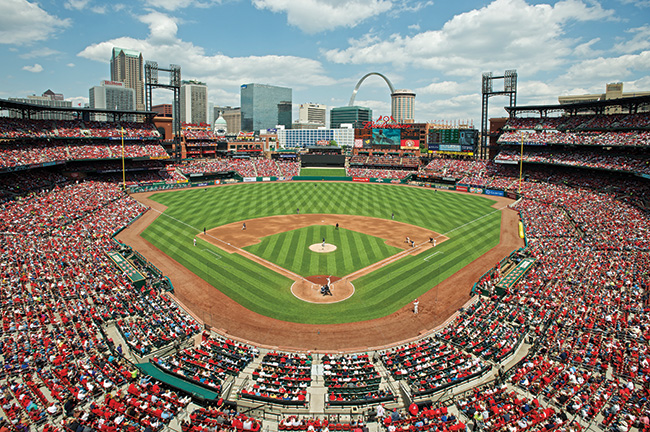 Live! by Loews St. Louis: Part of the St. Louis Cardinals’ $280 million expansion of its Ballpark Village, this Loews property is targeting a 2020 opening.

Located across the street from Busch Stadium, the eight-story hotel will offer 216 guest rooms and 17,000 square feet of meeting and event space offering views of the home field of the Cardinals.

City Foundry St. Louis: An adaptive reuse of the former 15-acre Century Electric Foundry complex in the Midtown neighborhood, the City Foundry St. Louis is expected to open by the end of 2020 and will feature a food hall, retail and entertainment space, and office space in an industrial-design setting.

Armory District: Also located in Midtown and expected to open by the end of 2020, the mixed-use Armory District will offer an 11,000-square-foot rooftop terrace for events with panoramic views of downtown.

The project, which is transforming a structure built in 1938 to house a Missouri National Guard division and was later used as a concert venue, will also contain more than 160,000 square feet of office space.

Millennials rejoice! A microbrewery is also part of the Armory District redevelopment project.