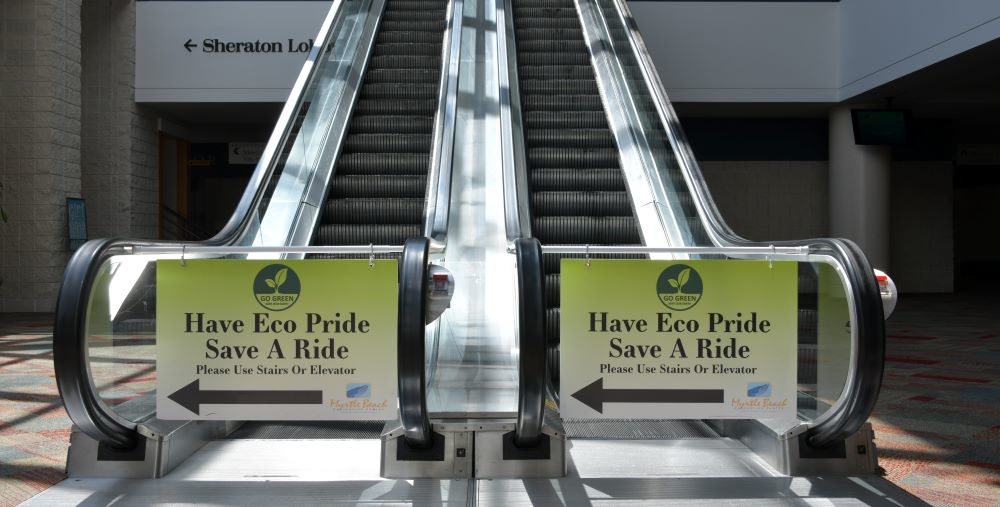 Eco-friendly facilities are more important than ever as sustainability continues to be at the forefront of many meeting attendees’ minds. Planners are note by prioritizing green initiatives and features when selecting venues for their meetings and conventions.

Keeping up with sustainable standards is important for all facilities, whether they are new-builds or existing venues. Myrtle Beach Convention Center (MBCC)—which turned 53 this year—may not be a brand-new facility, but it’s putting eco-friendly updates and practices on its priority list. 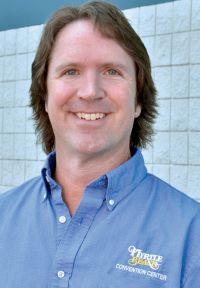 Bobby Marks (pictured), the crew operations supervisor at MBCC, breaks down some of the most-recent eco-friendly efforts at the facility.

Energy savings at MBCC totaled $100,000 last year, and that’s due in part to many changes the facility has made to its energy consumption.

Lighting can have a major impact on cost savings and energy efficiency in large buildings like convention centers, which is why MBCC has made some significant changes to its rooms by switching to LED lighting. LED bulbs are highly efficient, and according to the Department of Energy, use 75% less energy and last 25 times longer than incandescent lights.

“We have installed more LED lighting and the savings there have been great,” Marks said, noting that MBCC has replaced lighting in the Exhibit Hall and meeting rooms.

“All of the lighting in the Exhibit Hall is now dimmable; we can configure and control it in any way with an app on our phones.”

Marks also added that sensors have been added to the meeting rooms and bathrooms so lights only turn on when people walk in and shut off when they walk out.

Even the lighting in the convention center’s outdoor space has received an upgrade. The awning lighting and the events plaza fountain lighting have been replaced with LEDs, and additional lighting outside has been outfitted with solar lights as part of the beautification efforts of the property, which also includes new landscaping.

In addition to LED lights, MBCC has also invested in the following energy saving changes:

These simple changes have an enormous impact on energy use and are important eco-friendly steps forward for the convention center.

Waste at big conventions in an ongoing issue in the meetings world, and a facility’s recycling and waste programs can make a big difference in the footprint of a gathering.

“We could have 10,000 people in the building at one time,” Marks said, explaining the scale of many of the convention center’s events and the importance to properly and responsibly recycle materials.

Marks said that MBCC works with the City of Myrtle Beach to ensure that materials are recycled properly via its massive open-top cardboard dumpster and recycling stations. Bins are placed throughout the building to encourage attendees to dispose of their materials properly. 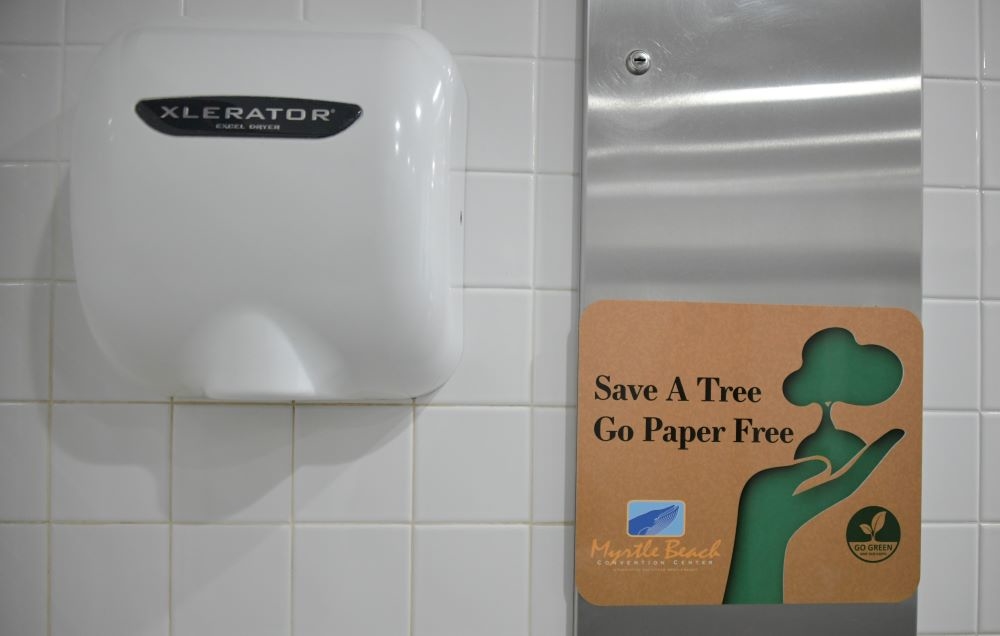 A clean convention center is absolutely imperative to the well-being of attendees. However, many cleaning products can be harmful to the environment.

Marks says that the MBCC has made a significant effort to use eco-friendly cleaning products that work to safely clean and disinfect. After a lot of research, Marks says his team uses 80% green products.

“With operations we are always looking for green chemicals to clean with, and that can be a struggle because some chemicals that are labeled green just don’t work,” Marks said. “But we’ve found some green products that actually work great—the chemical we use right now is Envirox.”

It’s one chemical that does it all: It can be used to deodorize, degrease and sanitize any water-safe surface. The hydrogen peroxide-cold-pressed orange oil combo also has the stamp of approval from the EPA.

Additionally, the MBCC purchased a new scrubber that uses water technology to reduce the impact on the environment to efficiently clean all floor surfaces in the building.

“We now use The Tennant M20 floor scrubber,” Marks said. “It uses no chemicals but has an ionizer on it that electrifies the water. It bubbles up and scrubs the floors of the exhibit halls, which should have a smaller footprint on the environment.

“Our old scrubber used chemicals and was costly,” Marks added.

The M20 scrubber uses up to 70% less water and keeps surfaces clean up to three times longer on a single tank.

Tweaks in energy use, recycle and waste programs, and cleaning strategies can make game-changing differences in sustainability and cost for convention centers—and can potentially be a deciding factor for planners organizing meetings.

Read next: An Overview of the Safety and Security Features at Myrtle Beach Convention Center

Sponsored Content is submitted by our advertisers and does not represent the views of Meetings Today or its publisher, Stamats Communications. Content may be edited for clarity and style.