Native American Casinos Have Given Back Big During the Pandemic 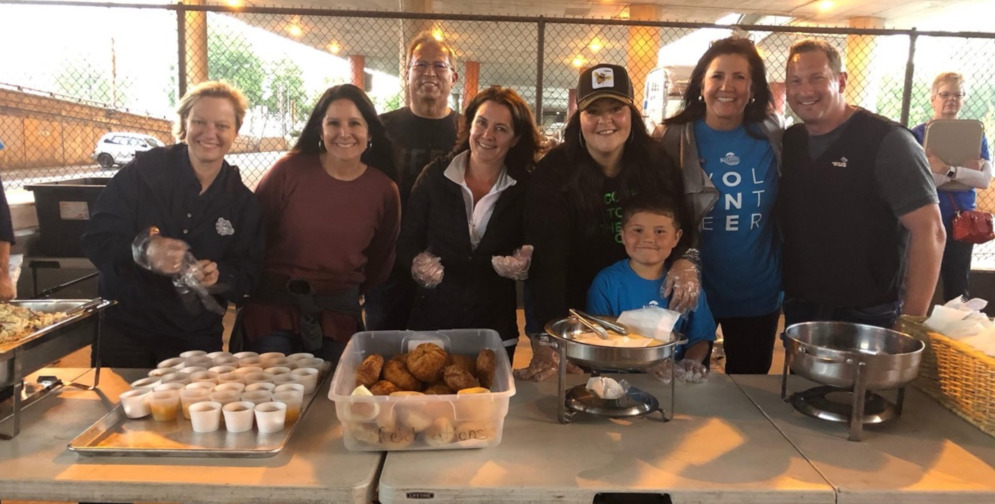 By their very nature—and culture—Native American-owned casino resorts are huge benefactors to their tribes and the communities in which they operate.

“Tribal life is that—we’re all interconnected, we’re all related,” said Richard G. Sneed, principal chief of the Eastern Band of Cherokee Indians, which owns the Harrah’s Cherokee Casino Resort, located about an hour west of Asheville, North Carolina. “Tribal life historically was one of community and one of caring for one another and each other’s needs. It’s interdependency. That’s always been what we’ve been.”

Many gaming tribes operate under the Indian Gaming Regulatory Act, a federal law passed in 1988 that requires tribes to dedicate a portion of profits to their tribal members. The states in which they operate also get a portion that is negotiated with their governors.

Half of Harrah’s Cherokee Casino Resort’s profits go to tribal members, according to Sneed, and into efforts such as a healthcare fund, a hospital and higher education fund. The tribe operates a robust health system that includes one of the largest integrated mental health facilities in North Carolina and also dedicates a substantial effort to the fight against opioid addiction.

Sneed said his tribe’s COVID-19 vaccination drive has resulted in more than 1,000 tribal members being vaccinated at publication time in early March, and more than 80% of those over 80 had gotten their first shot.

“At the front end of the pandemic, we were also way ahead of the county and state in getting our people tested,” Sneed said. “I’m really proud of our healthcare system, tribal government and our people.”

Major charity efforts Sneed’s tribe has undertaken during the pandemic include food distribution to the community during most weeks of the month for the last eight to 10 months. The tribe also undertook an assistance program to help members pay their utility bills and two rounds of a general stimulus of $500 per child, per household, as well as worked with Second Wind Dreams and Meals on Wheels Association.

Following are details of some other major U.S. gaming resort tribes’ charity efforts.

Northern Quest Resort & Casino, located near Spokane, Washington, which is currently adding a new hotel wing with nearly 200 rooms, has also undertaken substantial charity efforts during, and before, the pandemic.

“Last year, we gave money to 168 organizations,” said Curt Holmes, vice chairman and general manager of public and governmental affairs for the casino. “We help a lot with Meals on Wheels, Ronald McDonald House. We do a lot of stuff for elders and the young with education, and a lot of stuff in the medical area because tribes were underserved for years, and we understand how much of a curve that is when there’s not a history of access.”

The Kalispel Tribe also sponsors a number of charity events and fundraisers at its resort, and offers room discounts to attendees participating in the events.

The tribe has put a lot of effort into food distribution during the pandemic, and casino workers often pitch in to help the community by gathering to fill backpacks for kids, among other endeavors. The tribe also recently opened a dental clinic for members.

During the last 20 years, the tribe has donated more than $20 million to more than 300 charitable nonprofits in their region. Holmes said the tribe typically donates between $750,000 to $900,000 per year and would love to increase its partnership with the surrounding non-tribal community to help more people.

“One of my dreams is that some of these local municipalities will realize the power of partnering, because there’s certain grants they can’t get that we can get, and vice versa,” he said.

Southern California-based Pechanga Resort Casino may have been non-operational for large gatherings during the pandemic, but charity efforts are part of its core, pandemic or not.

“The tribe has built up Pechanga on hard work and compassion,” said Andy Masiel, president of the Pechanga Development Corporation. “We know what it’s like to need help, which means we are always thankful to do what we can to give back. Giving back to the community is and always has been at Pechanga’s heart.”

During the pandemic, the Pechanga Band of Luiseño Indians has donated N95 masks to local hospitals and $100,000 worth of food to local foodbanks, toys for children and food and hygiene products to local charities. Other efforts include a large monetary donation to Rady Children’s Medical Hospital-San Diego and sponsoring food trucks to feed essential healthcare workers.

Team members also frequently donate their time to various charity events, and when groups return after the pandemic, it will continue to offer CSR programs such as teambuilding for philanthropic activities like bike building for less-fortunate children.

During the last year, Mohegan Sun Casino and the Mohegan Tribe donated thousands of meals to employees and community members, including roughly 15,000 meals very early in the pandemic via the Gemma E. Moran United Way/Labor Food Bank Center in New London, Connecticut. The tribe also donated surplus food to the Salvation Army in Connecticut and Rhode Island.

“We're honored to now be serving as a point of distribution for personal protective equipment, which is so vital to our hospital and healthcare workers," said James Gessner Jr., chairman of the Mohegan Tribe, who added that the tribe donated more than 70,000 safety masks as part of a day-long drive-through event and set up a COVID-19 testing site as well as an onsite mass vaccination clinic. “Early on in this crisis, we reached out to the governor's office to let them know we wanted to offer any assistance we could, as the Mohegan Tribe has always had the belief that through communication and cooperation, we can all move forward together.”

The response to COVID-19 was rapid from the San Manuel Band of Mission Indians, located in Southern California San Bernardino County.

The San Manuel Band of Mission Indians also gave $1 million to local small businesses, in the form of surprising 50 local business owners with $20,000 each.

“Our San Manuel Cares team contacted each of these 50 businesses to learn more about their hardships and find the best way to provide assistance,” said San Manuel Band of Mission Indians Chairman Ken Ramirez at the time of the donation. “I hope that what we do here today prompts others to do the same; support your local small businesses, give as much as you can, and do your part to keep our communities and economy thriving.”

The tribe’s generous spirit is certainly not confined to COVID-19 relief, either, as it says it has donated over $200 million to the local community and charitable organizations over the past 20 years, including a recent effort of contributing school supplies to about 1,000 students in the San Bernardino A.T.L.A.S. (Access to Learning for All Students) program.

Read This Next: More Inspiring Stories from the Meetings Industry