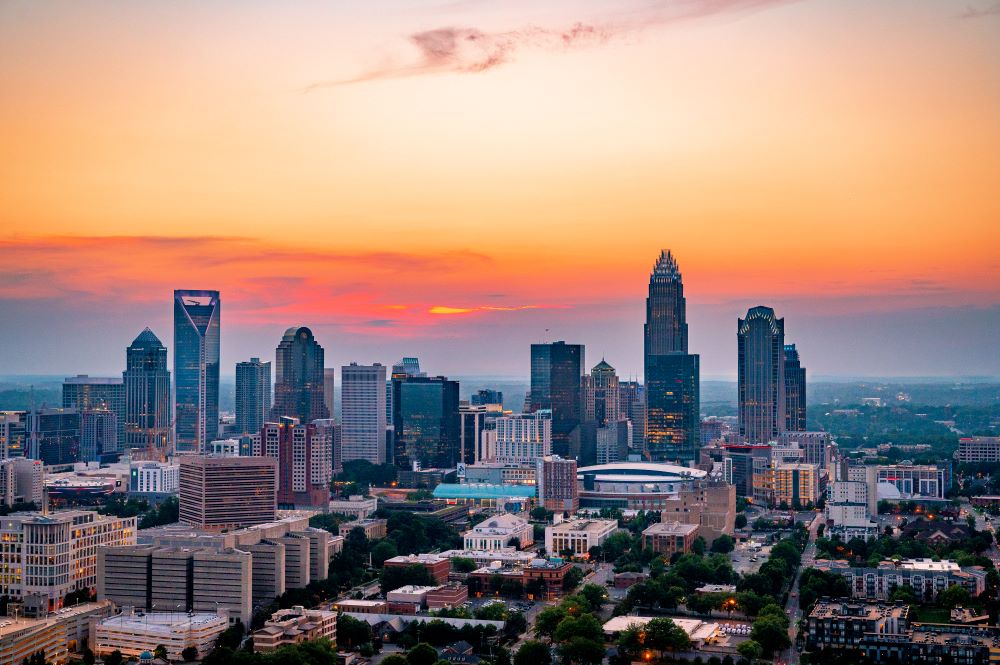 While many destinations were scrambling just to stay afloat during the pandemic, Charlotte, North Carolina, was anything but idle, welcoming a number of major facilities and also the Religious Conference Management Association’s Emerge in-person convention in March.

“[Emerge] was the first convention we’ve hosted since the pandemic and it was a great event,” said Mike Butts, executive director of Visit Charlotte. “So, we’re back on track, open for business and things are going in the right direction. We showed how to do a meeting in a safe environment with all the protocols in place, and at the same time it was a learning lab for all of these meetings and convention planners to see how they do this now.”

Emerge was originally scheduled for January but was delayed until the beginning of March, which proved to be auspicious timing for both the association and the destination, which true to its nature has maintained a rapid pace of growth that has continued for a decade.

“We’ve been on this extreme growth trend,” Butts said. “Before the pandemic, we had more than 100 people moving in here per day, many of them millennials. Tech is hot and the financial sector as well, and it also helps that there are so many banks here.

“The market here is booming,” Butts continued. “All of the metrics that were in place before the pandemic that made this a growing city are still in place for after the pandemic, and where a lot of cities don’t have a lot of things popping up out of the ground, we had a lot of things in the pipeline.”

Butts said meetings and conventions development has mirrored this growth spurt, with the Charlotte Convention Center set to unveil an expansion in late summer 2021. The $127 million project increased its total leasable space by 50,000 square feet, for a total of 600,000, along with augmenting its number of meeting rooms from 41 to 55.

The convention center also features two ballrooms, one that is 35,000 square feet and one that measures 40,000 square feet. The convention center expansion undertook the strategy of adding smaller areas, including two customizable 10,000-square-foot spaces, which are especially popular with younger attendees because they often prefer to congregate in smaller affinity groups.

The project includes an over-street pedestrian walkway that connects the facility with the 700-room Westin Charlotte hotel and offers a light rail station stop.

Other developments include a new JW Marriott set to open across the street from the convention center in July, the new Grand Bohemian Hotel scheduled for an August opening in Center City, an InterContinental hotel this spring and a Moxy hotel next spring.

The city will also welcome a Major League Soccer team in 2022 that will play in Bank of America Stadium, home of the NFL Carolina Panthers, which is within walking distance of the convention center.

“We have all these great assets withing walking distance of the convention center,” Butts said, “which makes for a great convention district, and also a lot of arts venues that make great offsite venues for conventions and meetings.”

The new entrants will join a destination that boasts a compact convention district with myriad restaurant options—the famed Johnson & Wales University opened a Charlotte campus about 12 years ago, which provides a funnel for top culinary talent into the city.

Both the convention center and the attached NASCAR Hall of Fame are managed by the Charlotte Regional Visitors Authority, along with the 10,000-seat Bojangles Coliseum and the 20,000-seat Spectrum Center performing arts facility. The convention center’s in-house F&B department also handles catering at the Hall of Fame, making combining the two venues a seamless operation.

“The NASCAR Hall of Fame is perfect for those opening night events, so planners will contract both,” Butts said. “It can accommodate up to 3,000 people in a phenomenal atmosphere, so that makes life easier for the meeting planner because we’re fully integrated because we’re one company.”

Butts said this DMO structure was very valuable during the pandemic, as it resulted in a stable environment for planners to operate in during all of the chaos and uncertainty of the last year.

Charlotte Douglas International Airport—the seventh busiest in the world—is also on board with the compact package, as it’s located only seven miles from the convention district.

Outside of the convention district, the Queen City offers two standout offsite opportunities for meeting groups.

The new Camp North End adaptive reuse development in the North End Smart District is located on the former site of a Ford manufacturing site and U.S. Armory, and was transformed into a creative hub featuring an industrial arts facility, outdoor food hall with local tenants, and public art installations. The development is primed for use as a special events facility.

About 15 minutes from Center City, the U.S. National Whitewater Center—dubbed the largest whitewater center on the planet—is set on 1,300 acres of protected land. Visitors can access 50 miles of biking and hiking trails, ziplining, ropes courses and the signature attraction of whitewater rafting courses. The venue offers more than 30 recreational options in total.

The Latest Hotel Openings and Renovations in Charlotte

Read This Next: New Meetings and Events Developments Have Charlotte Rocking