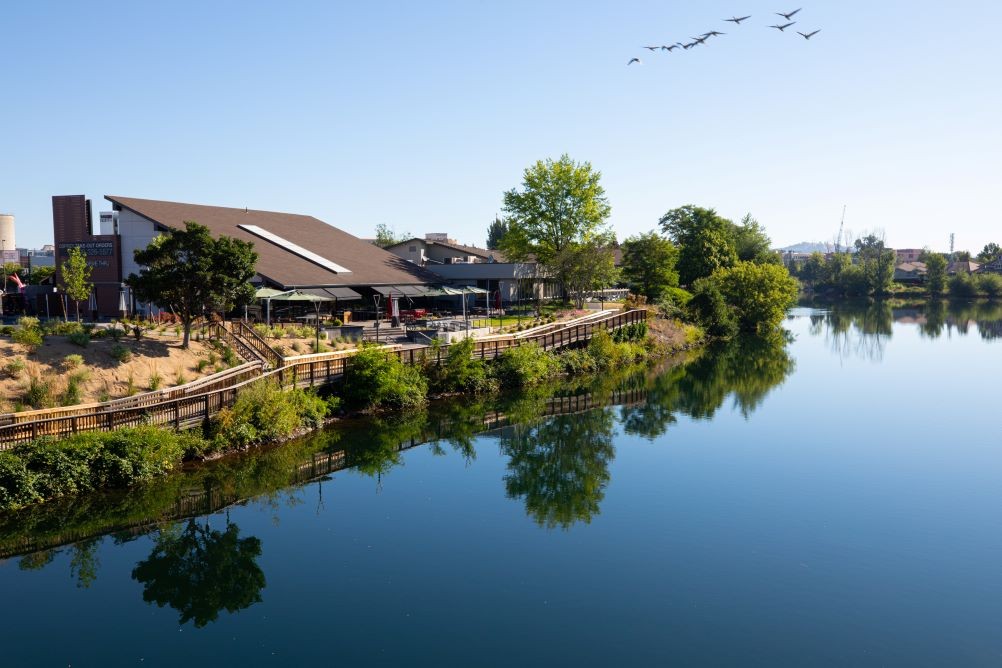 By lifting all restrictions on June 30—with a few exceptions for large events over 10,000 people—Washington state is prepping for the return of both leisure travelers and group business.

There’s much to be excited about, including shiny new and renovated venues across the state that offer intriguing options for in-person meetings and events. Following are some of the properties planners can get excited about.

Washington’s biggest city is a hub for meetings and conventions in the state, home to Washington State Convention Center, located in the heart of downtown. Over 65 hotels join the venue in the downtown core, and the options are only expanding following a slew of 2018 hotel openings, including the 1,260-plus-room Hyatt Regency Seattle—the largest hotel in the Pacific Northwest and also city’s first and only LEED Gold-certified hotel.

Not all was quiet in Seattle in 2020, with a few openings and renovations entering the Seattle hospitality scene:

Tulalip Resort & Casino is the big-name meeting venue in Snohomish County, about 33 miles north of Seattle. The AAA Four-Diamond casino resort—which is owned and operated by the Tulalip Tribes of Washington—completed a full guest room renovation in 2017, followed by a revamp of its two floors of meeting spaces that wrapped in 2020.

Following a year of virtual and hybrid meetings, the resort has also invested in bolstering its technology offerings.

“Our newest meeting renovations include high-definition televisions and/or projection systems in each meeting room. We also offer the option of a Meeting Owl Pro, which is an all-in-one, 360-degree camera, mic and speaker system for use in our boardrooms for video calls,” said Tracy Goolsby, director of sales and hotel operations for the resort. “We offer state-of-the-art technology for two-way interactive broadcasting as well as an increased Wi-Fi speed and the capacity to work with several content delivery networks to fit every type of meeting or program.”

Goolsby also noted that the 5,000-square-foot outdoor space outside of the resort’s large ballroom is seeing an uptick in requests for events, due to the popularity of fresh-air gatherings.

“With the increase in requests, we now have components in place that will allow us to utilize it outside of our typical summer months due to the Pacific Northwest weather patterns,” she said.

While at Tulalip, attendees will have an opportunity to explore the local culture. According to Goolsby, local Coast Salish artwork created exclusively for Tulalip is showcased throughout the property.

Spokane is becoming more accessible for meetings and events, with nonstop service to Spokane International Airport now available from 20 cities, including recent routes from Chicago Midway, and San Jose and Orange County, California, on Southwest Airlines.

Hotel inventory is on the rise, too, with four properties opening in the past year, including:

Notably, the La Quinta in downtown Spokane has been completely gutted and remodeled. The hotel is within walking distance from the city’s convention center. The Centennial Hotel and Ruby River Hotel, both located on the north bank of the Spokane River with stunning water views, have both undergone extensive remodels as well.

Tacoma—south of Seattle on the banks of Puget Sound—has much to offer groups with its natural surroundings and bustling downtown filled with waterfront restaurants, museums and more. As more people discover this Pacific Northwest gem, new properties are meeting the demand.

“Our downtown and waterfront hotel communities are more fully activated than they were when we went into the pandemic,” noted Matt Wakefield, director of marketing and communications for Travel Tacoma.

According to Wakefield, some highlights of new hotels for meeting groups include:

Read this next: 5 Cozy Winter Retreats in the Pacific Northwest