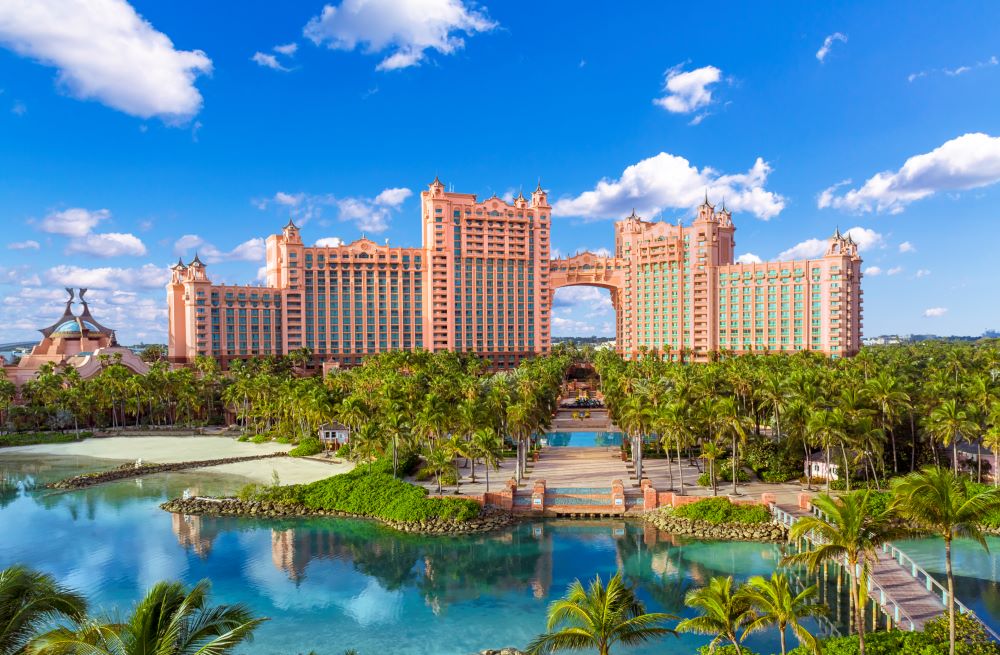 As the hospitality industry continues to recover from pandemic losses, new and renovated hotels across the country are ready to welcome meetings and events. Stay up to date on some of the most anticipated openings you can look forward to this year.

Once the iconic Fairmont San Jose, the revamped and rebranded Signia by Hilton San Jose opened its doors in Silicon Valley, California, in April, becoming the largest hotel in the area and the first Signia by Hilton Hotel in California.

The redesigned hotel features a fully revamped lobby and bar, and its Main Tower is undergoing a modernization set for completion in early 2023.

More than 65,000 square feet of meeting space and 805 guest rooms await at the hotel, which is conveniently located within walking distance from San Jose Convention Center, Tech Museum of Innovation and various Fortune 500 companies. For offsite relaxation, beaches and wineries are a short 30 minutes away.

Twenty-two meeting spaces—including the Imperial Ballroom for up to 3,000—solidify the hotel as a leading meeting and event property in Silicon Valley. For outdoor gatherings, the hotel can help customize events in partnership with neighboring Paseo de San Antonio and Circle of Palms Plaza, which can accommodate up to 500 guests. Planners can also utilize the pool area for events.

“The hotel’s debut strengthens the city’s positioning as a leading destination for some of the most prominent meetings and social events,” said Danny Hughes, executive vice president and president, Americas, Hilton, in a press release announcing the hotel’s opening. “Regarded as the center of tech-ingenuity, San Jose offers the perfect location to expand Hilton’s California presence, which is an integral part of our robust strategy in our largest-growing market within the U.S.”

Other amenities include four food and beverage outlets, including AJI Bar and Robata, which combines Japanese techniques with Peruvian flavors.

Originally opened in 1926 at The Ritz-Carlton Cloister Inn, the newly renovated The Boca Raton has been an iconic fixture in southeastern Florida for nearly a century. Sitting on 200 waterfront acres and comprised of five hotels, the resort became an independent property again in 2021 (formerly a Waldorf Astoria/Hilton-flagged property) and has undergone roughly $200 million in enhancements during its Phase One transformation.

Thus far, all 904 guest rooms on the property received an upgrade. Noteworthy are the updates to Cloister Hotel—the resort’s first hotel to open, in 1926. Cloister and its 294 guest rooms and suites have been completely restored to their early 20th century splendor. The 27-story Tower is undergoing a $45 million transformation by Rockwell Group and will debut all-new 225-room luxury suites in 2022.

The Boca Raton offers more than 160,000 square feet of indoor and outdoor meeting and event space. It’s also home to Beach Club’s half-mile of beach, the only private beach in Boca Raton. Emily Snyder, chief sales officer for The Boca Raton, adds that these amenities and more make the resort a key player in the meetings and events business.

“There are so many options for guests who want to meet and experience the beauty of South Florida sunshine. No other resort offers over 150,000 square feet of space, a 50,000-square-foot Spa Palmera, 18-hole golf course, 16 tennis courts, a 34-slip marina and even a Pool Club with event lawns that cover over 200 acres—only at The Boca Raton,” she said.

Minneapolis is abuzz with the opening of its first five-star hotel this June, which will elevate meetings and events in the city and provide a luxury option for corporate events it was previously lacking.

With unobstructed views of the Mississippi River and Minneapolis skyline, the hotel will feature 222 guest rooms and suites, more than 16,000 square feet of meeting space, and the highly anticipated dining concept from local award-winning chef of Spoon & Stable, Gavin Kaysen.

Natural light spills throughout the hotel, which also features a variety of outdoor spaces such as an outdoor terrace attached to the hotel’s largest ballroom and an elevated pool plaza. A Four Seasons Spa featuring seven treatment rooms, a fitness center and indoor pool are also included in the hotel’s amenities.

“Beyond the beauty of these spaces, our guests will enjoy state-of-the-art technology and myriad options for customization to make each event uniquely theirs,” added General Manager Florian Riedel. “Also, I would be remiss if I didn’t mention our exceptionally talented, women-led sales and events teams. They have an impressive track record of creating some very memorable events, and I am confident in their ability to take your vision and bring it to life.”

Hyatt Regency Salt Lake City convention hotel comes to Salt Lake City in the fall and will be located in the heart of the city’s urban hub directly adjacent and connected to the Salt Palace Convention Center. The property adds 700 guest rooms and 60,000 square feet of meeting space to Salt Lake City, offering another option for large meetings and events. Along with six floors and 30-plus rooms of meeting space, the hotel will also have a dedicated broadcast lounge—the second Hyatt to install such a room—with tech-forward amenities for hybrid meetings. Additionally, the Hyatt Regency Salt Lake City will boast the largest rooftop terrace in the city with a pool, cabanas and views of the mountains.

Views of Salt Lake City and its surrounding Wasatch Mountain Range will also be visible from much of the meeting space, which will have floor-to-ceiling glass windows. Four distinct dining venues will live within the hotel: a grab-and-go market, Contribution bar and lounge, The Salt Republic restaurant, and its signature Mar | Muntanya Spanish rooftop restaurant.

A revamp of the hotel’s lobby is also in the works, which will feature a Rum Bar by Bacardi® and multi-level sports bar equipped with private VR suites.

Meetings and incentives at one of the Bahamas’ most famous resorts are getting a major upgrade thanks to the multimillion-dollar renovation announced by Atlantis Paradise Island this year. With its iconic pink exterior, Atlantis Paradise Island has been a staple in the Caribbean for nearly 25 years. Massive upgrades will bring this property into present-day, including the redevelopment of The Beach Tower and all Royal Tower guest rooms and suites set to be completed this summer, a reimagined Atlantis Casino and the addition of another Michelin-starred chef to its dining roster.

Chef Michael White, who is a Michelin-recognized Italian chef, and former chef/owner of dining destinations Convivio, Alto, Ai Fiori and Marea in New York City, will join Nobu Matsuhisa and José Andrés, making Atlantis the only resort in the region to boast three Michelin star-rated chefs. The four-time James Beard Award nominee will serve modern coastal Italian cuisine at his latest outpost, Paranza at The Cove, expected to open this year.

Beyond 2022, Atlantis will open a new “oasis within an oasis,” resort, Somewhere Else, which will replace the current site of The Beach Tower. Set to open in 2024, this oceanfront escape will offer 400 guest rooms and suites alongside top-tier dining venues, multiple pools, recreation areas, upscale amenities and live performances.

New York City is constantly innovating and expanding, and this year is no exception. Considered one of the most high-profile openings in the Big Apple this year is Aman New York, which opens its doors in August in Manhattan’s historic 1921 Crown Building. Comprised of 83 suites and 22 residencies, the hotel is the second in a new generation of Aman properties in urban settings, following the Aman Tokyo, which takes the brand to 34 properties worldwide.

The hotel’s suites are among the largest in New York City and each has a functioning fireplace—a city first—and the décor is inspired by Aman properties in Southeast Asia.

While there are no dedicated meeting spaces, the hotel offers a number of unique venues that can be reserved for groups. Surrounded by an extensive wine collection and with a working fireplace, intimate groups of up to six people can enjoy a seasonal dining experience in the Wine Room on-property. Nama, the hotel’s Japanese restaurant, also has a private dining area that includes three rooms and an outdoor terrace that can accommodate eight to 30 guests. The underground music and entertainment venue, Jazz Club, can be reserved for receptions of up to 130.

Read more: The Latest New & Renovated Updates From Around the World