Sustainable Meetings: How 4 Cities Make It Easy to Go Green in 2019 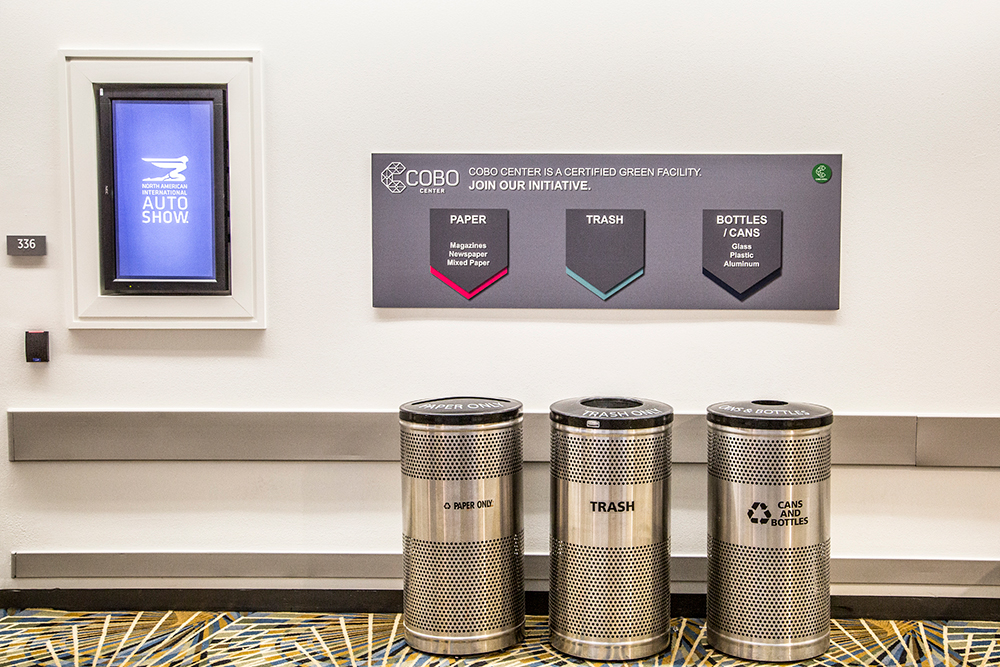 Sustainable events is a trend that isn’t going away. As climate change increasingly dominates the headlines, event planners are seeking ways to reduce their carbon footprints and make meetings and events more sustainable.

Cities with big convention centers and meeting spaces are building and renovating facilities to be more environmentally friendly and adjusting their catering services, recycling and composting programs.

In turn, their efforts are having a ripple effect on surrounding metro areas. Four cities—Salt Lake City, Nashville, Detroit and New Orleans—are making big strides in sustainability in 2019, actively working toward greener meetings.

Consider these sustainability-minded cities for your next meeting or event. 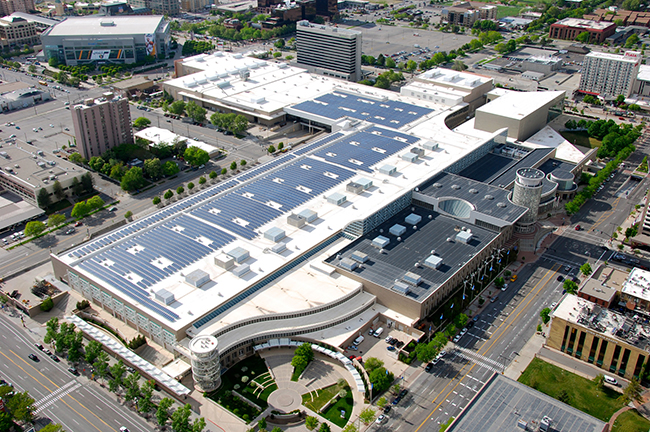 Sustainability has long been important to Salt Lake City, according to Chance Thompson, senior manager for sustainability and public relations and chairperson for the Green Team Committee at Salt Palace Convention Center. He is also vice chair of the Events Industry Council’s 2019 Sustainability Committee and chair of its APEX/ASTM Relaunch Committee.

As a result of a multiple-partner strategy spearheaded by Thompson—who also collaborates with venues across the country—Salt Lake City is the world’s only convention destination to hold five concurrent APEX/ASTM sustainability certifications in one shared partnership.

Behind the scenes, Thompson explained that the center is constantly improving its recycling and composting programs, partnering with local businesses in Salt Lake City.

As a result, the center has worked with over 100 different nonprofits in the community and donated over 500,000 pounds of event material since 2017. 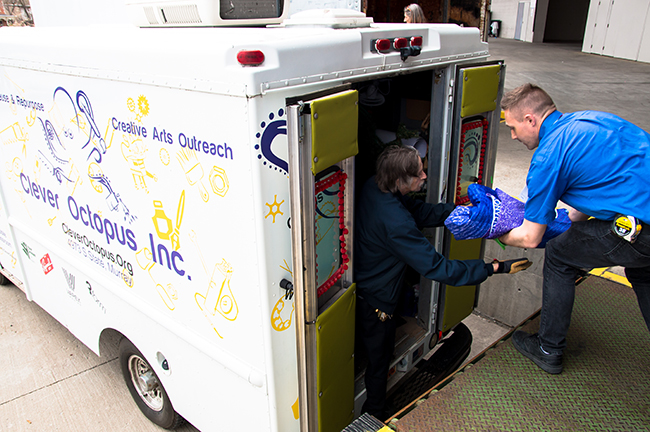 “Last year we hit a landfill diversion of 64% for the facility, and the goal this year is 75%,” Thompson said. “We are also doubling down on our zero-waste strategy. In that context, we do have an upcycling shop on site now. They take a lot of leftover scrap metal and woods from events, and they use it to reinforce our equipment. That has saved us a lot of money.”

Since 2017, UFS donated over 75,000 meals from food leftover at trade shows. Thompson explained that UFS has always put sustainability at the forefront of its food practices—it was one of the company’s core values during its creation.

UFS also pushes for zero food waste in innovative ways as an early pilot partner for an anaerobic food digestor program. Scraps are sent to the digestor, which turns unusable leftover food into useful products like natural gas and fertilizer.

Their system collects rainwater and HVAC condensation to provide water for landscaping and for over 500 toilets and urinals in the building.

“Chance helped us set up our diversion tracker to help us better understand what waste we were diverting and where our opportunities were to be better,” O’Connor said.

“Before, we didn’t track what we were doing. It’s pretty cool we are able to collaborate and share best practices with each other,” he added. 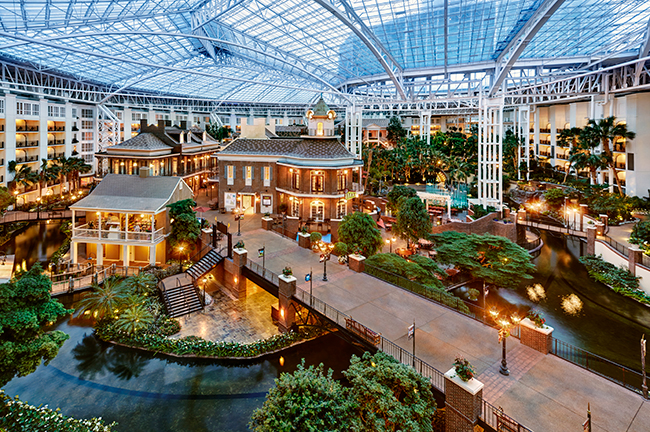 From there, Gaylord Opryland has implemented a variety of changes:

As it continues to push itself to be more sustainable, Gaylord Opryland is beginning to see more passion for green meetings from planners.

In October 2018, O'Connor was approached by a group that wanted a green event. Gaylord Opryland brought in additional compost containers and found a way to recycle 20,000 pounds of their exhibition hall carpeting and donated trees the planners purchased for decor.

The resort is a Marriott property, which is pushing green initiatives at all its resorts.

“The Marriott Make a Green Choice Program is company-wide,” O’Connor said. “A guest can opt to skip housekeeping services for that night.

“We do recognize these guests through Bonvoy points or the option to plant to a tree.”

Detroit has made major strides in sustainability in the past decade, and one could argue it all started with the TCF Center, formerly known as Cobo Center. From 2011 to 2015, the convention center invested roughly $400 million to transform it into a more updated, sustainable building, according to Claude Molinari, the center’s general manager.

“There was no green program whatsoever when I came to Detroit [in 2011]. Nothing was focused on sustainability,” Molinari said. “My first week here, I partnered with our marketing manager, and we started mapping out how we were going to make this place green. Since then, we have expanded and really the whole building is in sustainability drive.”

In 2019, TCF Center announced it was recertified to the EIC’s APEX/ASTM Sustainable Meeting Standard for venues. Molinari added that it’s also close to achieving LEED certification. 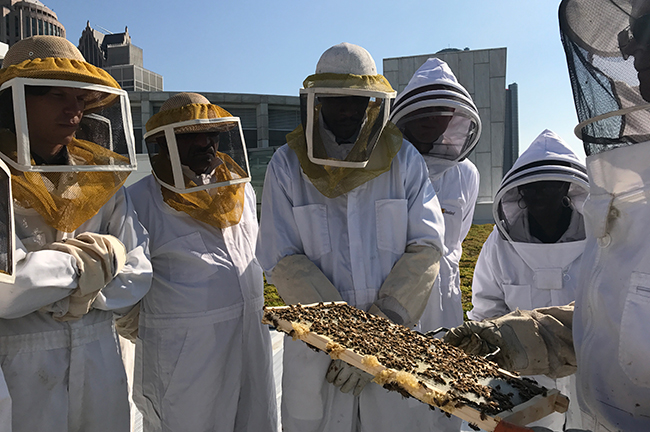 “One of the things people may not know much is the city of Detroit is working with LEED to become a green city, and we actually were the inspiration for this,” Molinari said.

“The city council member who is in charge of the green effort in Detroit is constantly saying they want to emulate what [TCF Center] has done,” he added. 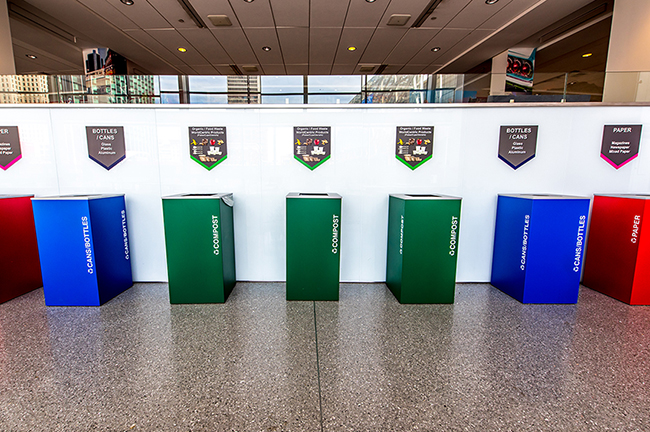 The city of Detroit’s Green Task Force, a group of businesses, non-profits and residents working to build a more sustainable Detroit, honored TCF Center with the “Earth Day Business Award” in 2019 for its sustainability efforts.

What’s next for TCF Center? Molinari said, “Anecdotally, we’ve heard, ‘you guys aren’t just talking about being green, you’re really living it.’” His team is constantly pushing new ideas and brainstorming ways to improve its green efforts. [TCF] Center is even exploring the idea of rooftop hydroponics so it can produce even more onsite food for meetings.

Ernest N. Morial Convention Center in New Orleans created the new assistant director of sustainability position for Art Schilling in the fall of 2018 to officially spearhead the facility’s sustainability initiatives.

Though the convention center began implementing its sustainability program in 2010, the recent move further solidified its commitment to green meetings. 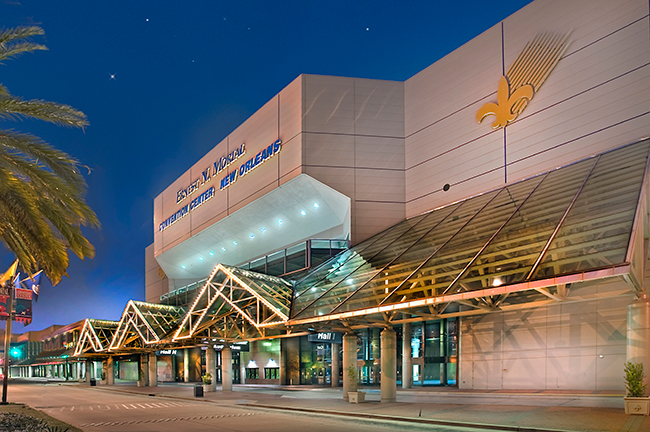 Now, the staff tracks metrics of electricity, gas and water consumption, and all recycling, solid waste and edible food donations. An event sustainability scorecard is available to clients upon request, so planners can see on paper the "greenness" of their events.

“We also make some of the cheapest chilled water in town,” Schilling said, explaining the building’s chilled water optimization program that reduces the energy consumption of the cooling plant while keeping event spaces cool.

“We have cut our cost and energy consumption for the cooling of this building by 25%.”

The convention center’s commitment is inspiring the city of New Orleans to go green, too.

“We started composting with The Composting Network in 2012,” said Paul O’Connell, director of capital projects for Ernest N. Morial Convention Center. “Recently, Mercedes Benz Stadium signed on with them in addition to 30 hotels, the Superdome and Smoothie King Center.” 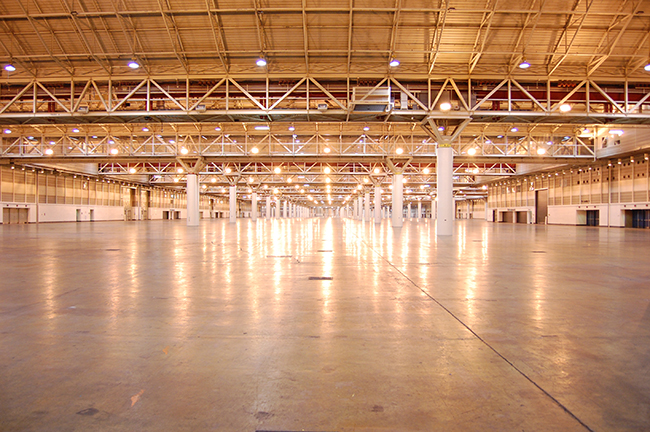 “We recently completed our first survey of approximately 200 hotels in New Orleans to see what sustainability is currently in place,” Schilling said.

From there, Green Hospitality NOLA can identify the need for assistance with sustainability issues and program development in the surveyed hotels.

“It was a great response—the community wants to go green,” he added. “We are planning on surveying the area’s restaurants next.”

On site, the convention center team hopes to achieve LEED certification and has big ideas for what they could do next, including preliminary planning for installing solar panels on their 44-acre roof that could generate 9.8 megawatts of electricity, according to O’Connell.

“We are full speed ahead with these initiatives, and we are not letting off the pedal at all,” said Adam Straight, vice president of operations at Ernest N. Morial Convention Center.

Salt Palace Convention Center’s Thompson said he has spoken with other convention centers around the country, sharing what Salt Palace is doing to make its facility and events greener.

To him, when it comes to sustainability, swapping ideas and sharing innovative solutions is a win not just for individual regions but for everyone. “We are all competitors, but we are one big team when it comes to protecting our future,” Thompson said.

[Read This Next: How the World's Largest Marriott Grows Its Own Produce]