2 New Spaces in Spain and Mexico, Plus Floating Hotels

Stay up to date on the latest venue openings and property renovations, including these found around the world.

After a seven-year reconceptualization and meticulous restoration of a collection of seven historic buildings, the new Four Seasons Hotel Madrid is now confirming reservations for arrivals beginning May 15, 2020. Architects Estudio Lamela led the restoration, preserving more than 3,700 artefacts throughout the space. 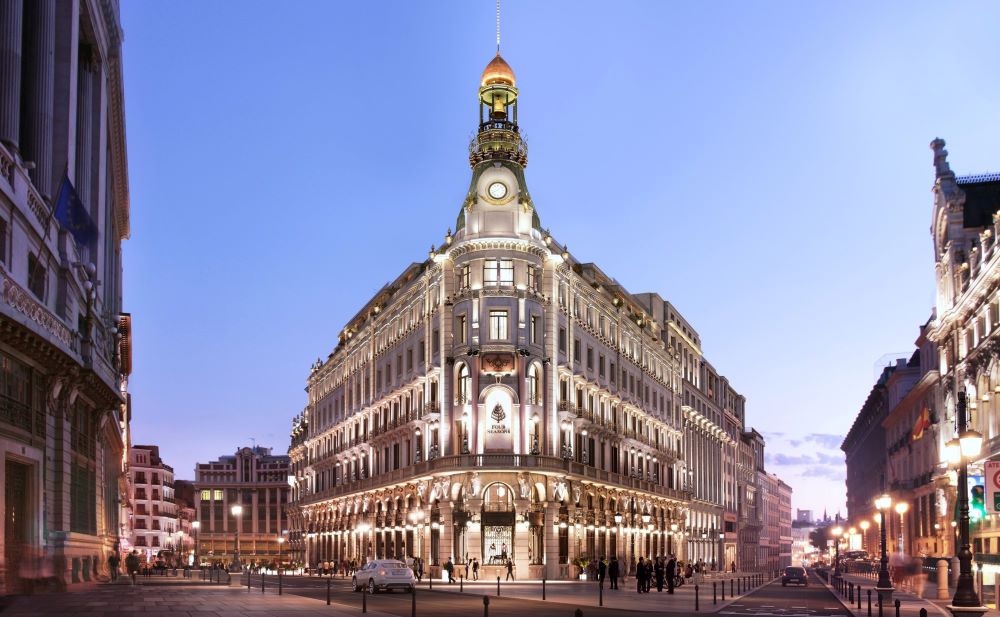 Photo: Four Seasons Hotel Madrid is within walking distance from many interest points in the city

Located within Centro Canalejas, Four Seasons is within a 20-minute walk of many points of interest within the city, including three museums – the Prado, the Thyssen-Bornemisza and the Museo Nacional Centro de Arte Reina Sofía, which form a Golden Triangle in the neighborhood around Four Seasons.

Four Seasons Hotel Madrid guests may choose from 200 rooms and suites – among them a triangular royal suite with double-height ceilings and numerous historic details. Hotel guests and locals will find a four-level spa retreat capped by a sky-lit indoor pool and sun terrace looking out across Madrid’s rooftops. The spa will be the largest in the city, offering eight treatment rooms plus a salon and 24/7 fitness center.

More than 15,400 square feet of flexible function spaces – including the oval-shaped Sol Ballroom – can accommodate business meetings and social events for up to 500 people.

[From down under: Perth’s Renaissance Put On Display During Dreamtime 2019 in Australia]

The memorandum of understanding includes the construction and operation of 16 floating hotels on the shores of Qetaifan Island North to provide accommodation for the masses within the fan villages during the 2022 World Cup. Each hotel will each consist of 101 guest rooms, a restaurant and a lounge bar. All of the 16 four-story hotels will be identical, offering a total of 1616 floating hotel rooms. 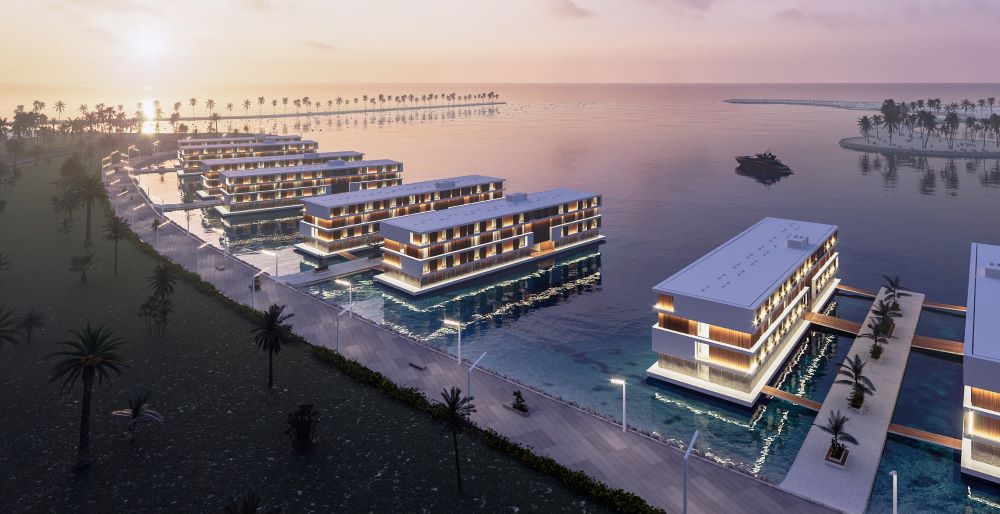 Photo: Floating hotels will be available to stay in for the FIFA World Cup in 2022

“This is the first time ever that pure floating real estate has been used as a temporary solution for accommodation needs at this scale. These hotels do not require major ports and deep water as their draft is significantly less than large cruise ships”, said Mr. Mikael Hedberg, CEO of ADMARES, in a press release. He added “After the World Cup, the hotels can be placed at any coastal location where the water is at least 13 feet deep.

Hilton’s Conrad brand will debut its first resort in Mexico with the upcoming opening of the Conrad Punta de Mita this spring. Situated among the area’s natural landscapes and waters, the new-build resort will deliver an inspired beach experience. All 324 guest rooms and suites will boast views of the Pacific Ocean, with suites offering large patios, plunge pools, freestanding soaking tubs and outdoor showers.

Groups will stay inspired with 54,000 square feet of event space that includes seven ballrooms and two boardrooms, along with beaches, custom activities, authentic cuisine and cultural experiences. The resort can host up to 1,120 guests in a group meeting with a theater style setup.

Four restaurants and three bar concepts will offer menus and spaces that pay tribute to age-old techniques and flavors of the local culture — among them, an intimate mezcal and tequila barrel tasting room, and a lobby bar, Tuki, which borrows its name from the Huichol word for “temple.”

Minutes away, adventure activities such as zip-lining, sailing and seasonal whale watching await.