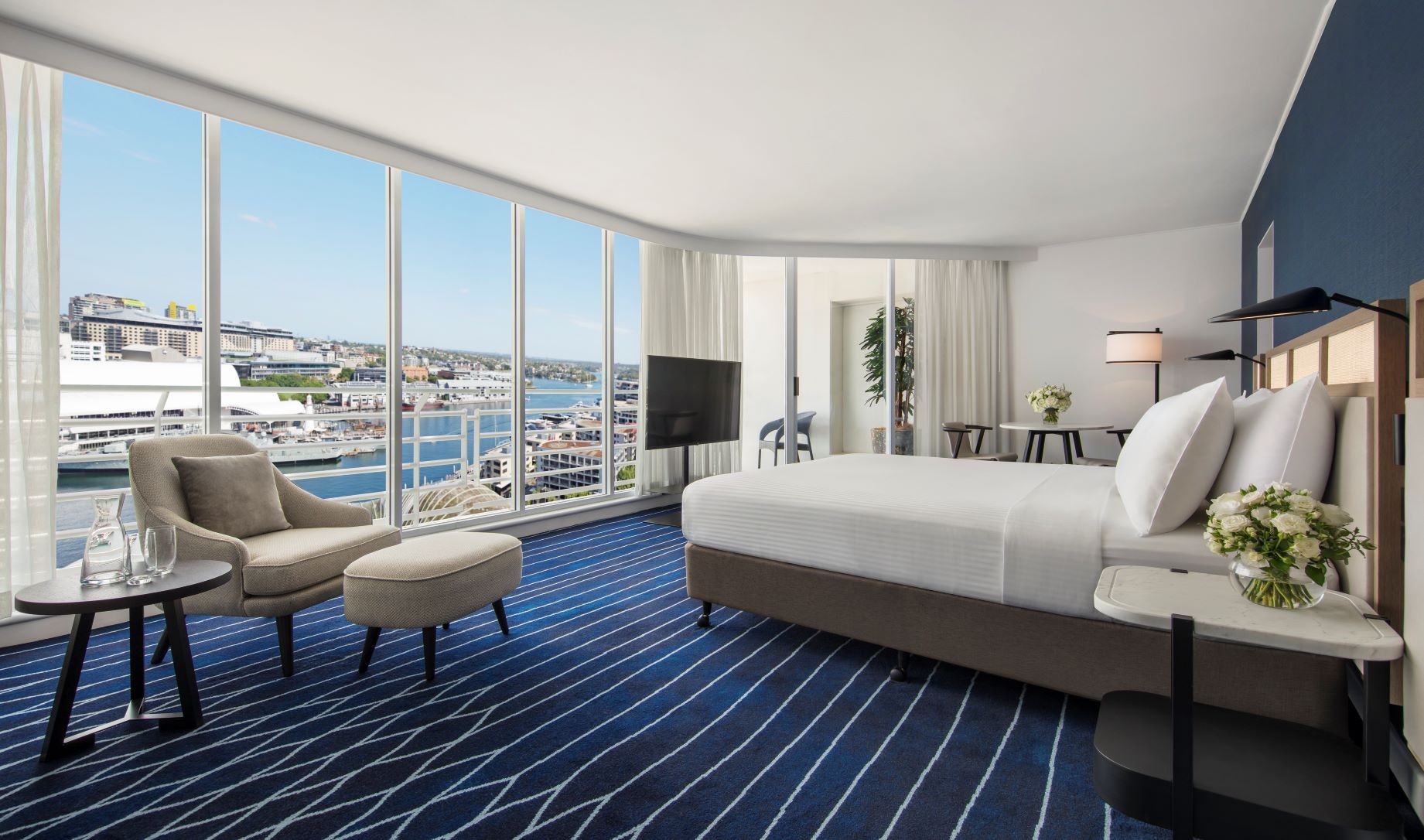 Stay up to date on the latest venue openings and property renovations, including these found around the world.

Located adjacent to Darling Harbor in Sydney’s Central Business District, the waterfront Hyatt Regency Sydney recently refurbished many of its 888 guest rooms. The new interiors were designed by Bates Smart, who drew inspiration from the hotel’s harbor-side location. Guests can expect a nautical palette, black-and-white photography of recognizable Sydney waterfront settings and rounded mirrors as a nod to cabin portholes.

The renovation of the guest rooms follows the refresh of the hotel’s key public spaces throughout the property, including the lobby and Zephyr Sky Bar at the Regency Club.

The hotel was also recently named the leading Meetings and Conferencing Property at Australia’s 2020 HM Awards for Hotel and Accommodation Excellence. It’s recognized as a leader in the Australian market in terms of health, safety and wellbeing of guests and employees amid the pandemic.

Marriott International has signed an agreement to bring the JW Marriott brand to Madrid, Spain. The JW Marriott Madrid will be located in the central Plaza de Canalejas and is expected to open in 2022. The property will offer 139 guest rooms, which will include two floors of suites that all feature outdoor terraces. Public spaces will include a lobby bar, a restaurant and wellbeing spaces.

The hotel’s design will be led by architects Arvo Arquitectura de Juan, with interiors by the Madrid team at Rockwell Group.

The property’s central location will allow guests to easily explore some of the city’s most popular cultural attractions including three museums: the Prado, the Thyssen-Bornemisza and the Museo Nacional Centro de Arte Reina Sofia. They can also enjoy an adjacent shopping center, the Galeria Canalejas, which offers more than 40 boutiques. The hotel is also 20 minutes by car from Madrid-Barajas International Airport.

The Mandarin Oriental Ritz Madrid has reopened after an ambitious and extensive three-year restoration. The renovations enhanced the property’s facilities while still preserving the unique Belle Époque character of the hotel, which first opened its doors in 1910.

To celebrate the Ritz’s reopening, the hotel has an “opening offer” available until August 31 that includes an exclusive guided city tour, a dining credit and an original Ritz gift as “a piece of history to commemorate the occasion.”

A Scottish Landmark Gets a New Name

After more than a year of closure due to COVID-19, one of Glasgow’s most iconic hotels is now rebranded and reopened as voco Grand Central Glasgow. Refurbishments include an update of 230 guest rooms, as well as meeting and reception rooms, to create a more contemporary feel while still retaining the building’s old-world charm.

The building originally opened in 1883 and also comprises Glasgow Central Station, and the new look of the hotel features many nods to the 19th-century heyday of the railways. Hollywood stars that have passed through its halls include Gene Kelly, Nat King Cole and Frank Sinatra.

Meeting and event space throughout the property can accommodate up to 400 attendees and includes the Grand Ballroom and 10 flexible meeting rooms.

With the subway close by, visitors have quick access to the Scottish Exhibition Centre, as well as nightlife spots like The SSE Hydro and West End bars. A shuttle can take guests to and from Glasgow Airport. Within walking distance of the hotel is George Square, where guests can take in monuments of famous Scots and plenty of shopping on The Style Mile.

Read Next: MICE Options Continue to Grow in 4 European Locations