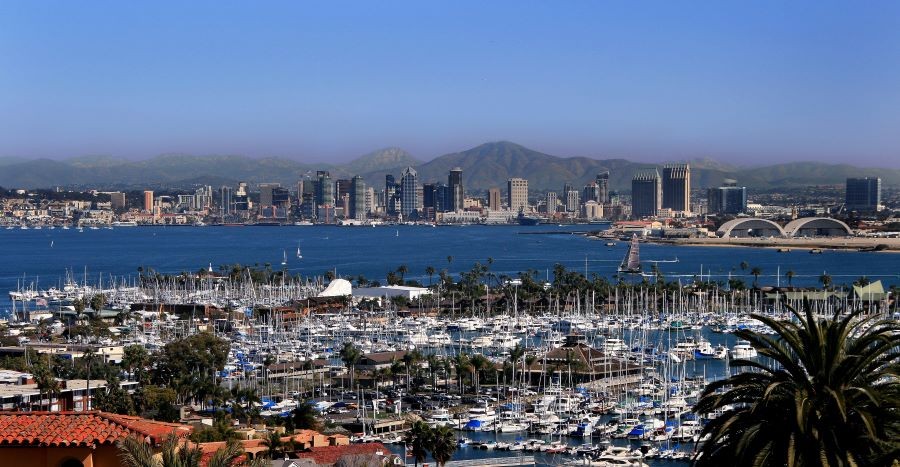 While San Diego is typically lauded for boasting perhaps the most agreeable weather in the world—sort of a “Goldilocks” climate where sunny days are tempered by free AC provided by the Pacific Ocean—major change is also in the air due to a variety of exciting new developments that will increase the city’s desirability as a meetings destination.

“It’s going to completely change what San Diego is. It’s not going to change its vibe, but it’s going to have people say, you’re substantial,” said Margie Sitton, senior vice president of sales and services for the San Diego Tourism Authority. “In the past, we were a great city that thought small. We’re going to continue to grow and bloom and take our place.”

Three major projects set to amp up the city’s meetings quotient include:

[Related: Taking to the Water in San Diego]

The new developments will significantly up the meetings and conventions cache of San Diego, which has always been a desirable destination due to its pleasant climate and Gaslamp entertainment district a short stroll from the convention center but hadn’t added major facilities befitting the eighth-most-populous city in the nation. The city’s Little Italy restaurant district is also starting to turn foodie heads.

“It’s going to be a game changer. I think it’s going to elevate all kinds of things,” Sitton said. “And if you haven’t gone to Little Italy, I’m shocked at all of the five-star chefs that are coming in. San Diego is so diverse; it just adds that upper layer that might have been missing in the past.”

The new home to the San Diego Symphony located just off the Embarcadero cruise ship hub (home of the popular USS Midway Museum event venue), Rady Shell can seat 10,000. Groups can also rent out its 13,000-square-foot food pavilion. Its cutting-edge lighting system will feature the same material that covers the San Diego Convention Center, so it can be lit up with branding.

With the ability to host up to 4,000 for a special event, the Midway is one of the most popular offsites for large conventions. Venues include a four-acre outdoor flight deck with panoramic views of downtown San Diego, complete with 30 restored naval aircraft spanning 50 years, and the Hangar Deck superstructure below the deck, offering 17,000 square feet of usable space in Hangar Bays 1 and 2. The venue also offers the AIMD Meeting Center, with two conference rooms and three breakout rooms.

Scheduled to reopen its Balboa Park location in early September following a three-year renovation, this museum dedicated to folk art, craft and design, and offers venues ranging from the Plaza de Panama to an education center, theater and the intimate Garden Courtyard. The crown jewel of San Diego, Balboa Park itself features a variety of indoor and outdoor areas for offsite events.

One of the leading MLB ballparks in terms of its ability to host meetings and events, groups renting the facilities at Petco can hold a general session on the field, use suites for exhibits or get creative in a number of other in-park locations, such as the rooftop terrace. Catering is handled through a partnership with gourmet catering firm DNC Sportservice.

Read Next: San Diego Shines with New and Improved Meeting Hotels and Venues