4 Tribal Casinos That Are Sustainability Standouts 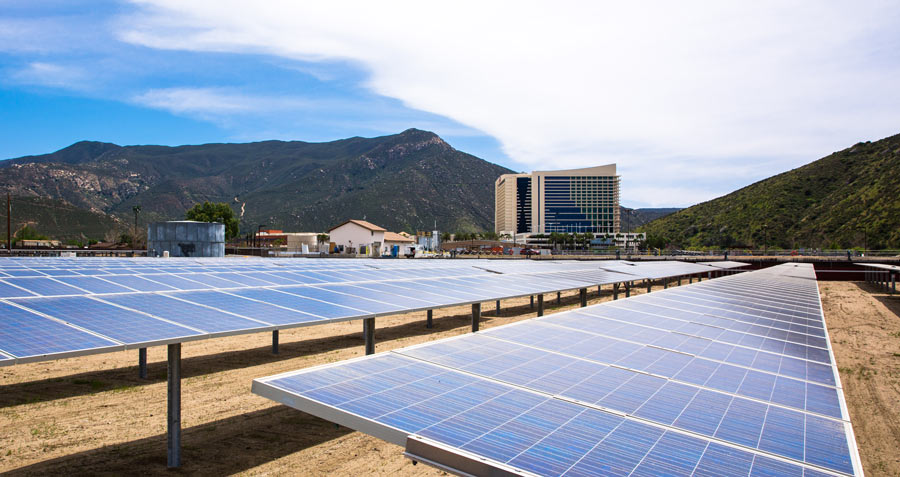 A foundational belief shared by Native Americans is a reverence of nature and the responsibility of humans to respect and protect the environment of which they are a part.

This ethos carries over to the actions of tribal casino properties, which have been good stewards of the flora and fauna in which they are an element.

Following are some standout environmental practices championed by select tribally owned casino resorts in the U.S.

[Related: Native American Casinos Have Given Back Big During the Pandemic]

“The Tribe has long been proactive about protecting these beautiful animals that live on our reservation and drink from our streams,” said Agua Caliente Tribal Chairman Jeff L. Grubbe. “We have become deeply involved in conservation efforts related to the bighorn over the past decade.”

According to the tribe, the population of peninsular bighorn sheep have become more and more rare over the years, and since the early 1970s have been protected under state law. The sheep’s population plummeted due to diseases passed to them by domestic animals such as sheep and goats, and also due to a loss of habitat resulting from urban development, drought, invasive nonnative plants and predators.

According to the Agua Caliente Band of Cahuilla Indians, the tribe’s conservation plans work as follows:
Members of the tribe’s Planning & Development Department work closely with biologists from CDFW to monitor the local herds via high-frequency collars (via humane capture and release).

The tribe also spends hundreds of hours each summer to remove tamarisk trees, fountain grass and other invasive species that further diminish the variety of vegetation for desert bighorn sheep.
Through the tribe’s efforts, the population has more than doubled across the nine recovery zones.

In 2003, the resort launched CodeGreen, an all-encompassing effort to reduce the property’s environmental footprint. The result was the first solar-powered casino in Southern California, with a five-acre solar field north of the property powering its entire HVAC system.

Other green practices include:

Aside from comprehensive recycling efforts and other sustainability programs at Southern California’s Pechanga Resort Casino, two chefs at the property’s Temecula Creek Inn golf resort have set up a habitat for Monarch butterflies.

Called Monarchs in the Rough, the program set up by chef Matt Steffan promotes a habitat to support butterfly population and also benefits the resort’s gardens—which itself is fed by composted food scraps—via pollination.

In the realm of social sustainability, the tribe also announced it is increasing the minimum wage at the property to $17 per hour for non-tipped employees, an increase of $3 per hour based on current minimum wage and $2 over the 2022 rate, according to the tribe.

Pechanga is also doubling its annual team member bonus, resulting in staff receiving an annual bonus of up to $2,000, which represents an additional $1,000 over the regular bonus, depending on longevity. In some cases, team members will receive up to five times more than the regular bonus.

The Tulalip Tribes also own popular Tulalip Resort Casino. Among the environmental programs operated by the tribes are two programs that help sustain the seafood that has in turn sustained tribal members.

The mission of the hatchery, which supports three species of salmon, is to sustain the fishing stock until the wild salmon population can return to adequate levels.

The mission to sustain the salmon stock is especially important because experts have estimated that only 2% of wild salmon fry survive to adulthood.

The Tulalip Tribes’ Shellfish Program is responsible for the technical management of the waters and habitats of the Salish Sea, which supports several species of clams, Dungeness crab and multiple species of shrimp, among other marine species.

According to the tribes, the Shellfish Program conducts studies to assess population/resource abundance, the quality of product, condition of population, beach/resource/restoration surveys and enhancement.

Read Next: More Inspiring Stories from the Meetings Industry