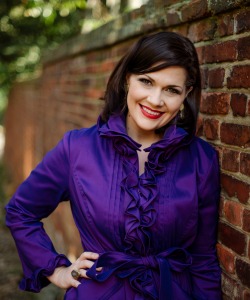 In yet another somewhat circuitous career path that found its way winding through the meetings industry, meet KiKi L’Italien, who turned her training in journalism into a job in the marketing department of a small Joplin, Mo.-based association, then on to a larger, Washington, D.C.-based association, and now a thought-leader in the world of SEO and social media in the association segment and beyond.

She currently holds the reins of Association Chat, which was founded by Jeff de Cagna in 2009 as the #assnchat (more on that later) Twitter community, and has since taken it beyond Twitter by transforming it into a weekly video chat that maintains the most used hashtag in the association community.

“For more difficult conversations, we couldn’t do that in 140 characters or less, so we started doing a live video show,” she said. “I thought if I did a weekly interview and brought industry leaders in and ask them about the topics of the day we would have the opportunity to dig a little deeper.”

Since then, the show has even staged chats in front of a live audience—the fruits of her successful community building effort.

L’Italien has used her early experience as an early adopter on Facebook, where she created a group for her association’s student members, to learn firsthand the power of social media and search engine optimization, which she speaks about and consults on as part of her company, Amplified Growth

But what about where the mind may wander with that #assnchat hashtag?

“#Assnchat is the most used hashtag in the association space, and frankly, after all this time--since 2009--there is no way I’m ever going to change that--I’m owning it,” L’Italien quipped. “In the early days we used to say, ‘Come for the ass and stay for the chat.’”