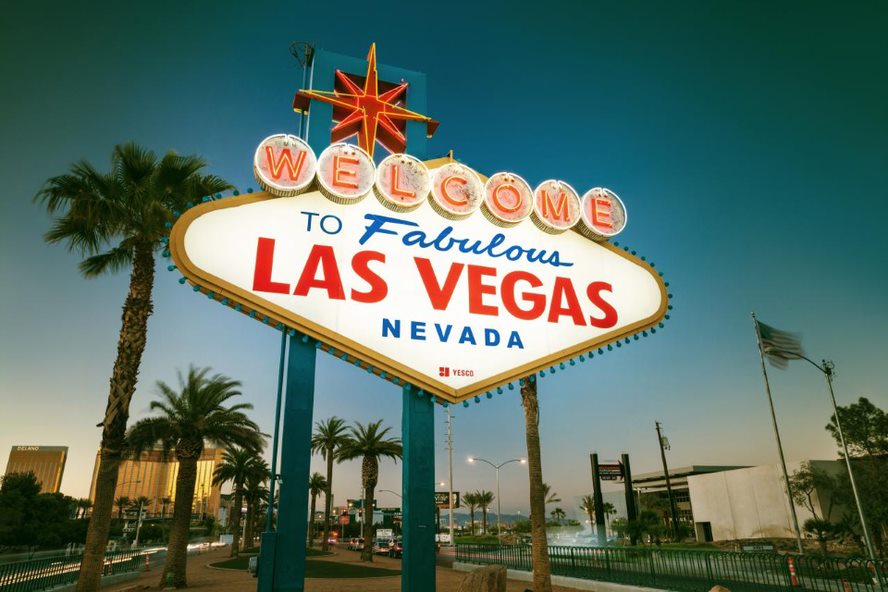 The Welcome to Fabulous Las Vegas sign. Courtesy of YESCO and VOX

Nevada will lift statewide social distancing mandates May 1, with the goal of opening the state at 100% capacity by June 1. Gov. Steve Sisolak announced the update April 13 during a news conference in Carson City.

After May 1, any decisions on further social distancing measures will fall on county authorities as they monitor transmission in their areas. However, Sisolak added that the statewide mask mandate will remain in place, and the state will continue to manage all vaccination and response efforts.

“A safe and responsible opening, like what I've laid out, is the path forward to bringing back our state economy, helping our small businesses, bringing back conventions and getting Nevadans back to work,” he said.

Sisolak cited improved COVID-19 numbers and an increase in residents getting vaccinated (those 16 and older are currently eligible for vaccination in Nevada) as reasons for the reopening strategy.

The state also announced that it will streamline the process for submission and approval of large in-person gatherings. The loosening of capacity restrictions is part of a tiered reopening timeline that was launched February 15 and began with capacity limits being lifted to 35% or 50% for specific businesses and activities, with gatherings capped at 100 people or 35% capacity, whichever is less.

“Las Vegas has been the top convention and meetings destination for many years. We pride ourselves on providing the best facilities, the best service and now, the safest,” Sisolak announced in a press release. “We’ve been cautious, but very focused on reopening Las Vegas in the safest way possible for you, our treasured customers, our valued employees and our entire community. With great confidence in the efforts made by our resorts, convention centers and meeting hosts, I say... Welcome back! The greatest place to do business in the world is even better.”

The new directive requires large gatherings to submit a Large Gathering COVID-19 Preparedness & Safety Plan Certification Form that is certified through Nevada’s Department of Business and Industry and follows the state’s health and safety protocols and requirements, including the wearing of face coverings and practicing hygiene and cleaning protocols.

On May 1 limits will be transitioned to the control of local authorities, but statewide directors such as face covering mandates and social distancing protocols will remain in place.

The news of both reopening timeline announcements was welcomed by the state’s major meeting facilities, and especially in Las Vegas, which holds some of the largest gatherings in the world.

“We’re looking forward to a great second half of year with a lot of demand in the city, and looking forward to Las Vegas coming back,” said Michael Luther, vice president of sales at Westgate Las Vegas. “We’re seeing larger groups looking for space in the coming months. There’s a lot of compression in the last six months of this year. We’re starting to see some good RFPs and leads coming into the city, and some nice short-term business coming in.

“The town is definitely seeing the rebound,” Luther continued. “Everything’s about the safety of the individual and employees. There’s small meetings floating around the city—20 people here, 30 people there—so people are getting used to meetings coming back.”

Nevada announced a tiered reopening timeline for business and activities that is scheduled to be put into effect Monday, February 15.

Under Nevada Gov. Steve Sisolak’s plan, capacity limits will be lifted to 35% or 50% for specific businesses and activities, with gatherings capped at 100 people or 35% capacity, whichever is less.

Under the plan, no approvals for large gatherings will be taken under consideration before March 1.

“After making it through the very difficult winter surges and the pause, Nevadans want and deserve predictability about what our path forward will look like,” Gov. Sisolak said in a press release announcing the timeline. “This is what was front of mind as we developed this Roadmap to Recovery Safe Reopening Plan. As we continue navigating this pandemic and ramping up our vaccination efforts, this plan will focus on how we can continue mitigating the spread while getting Nevadans back to work, protecting and recovering our economy, and getting our students back to in-person learning.”

Details of the tiered rollout in regard to capacity include the following:

•    May 1: Limits will be transitioned to the control of local authorities, but statewide directors such as face covering mandates and social distancing protocols will remain in place.

The following time frame will be applied to gatherings:

•    March 15: No more than 250 individuals or 50% of the fire code capacity (whichever is less), operated under social distancing requirements.

•    May 1: Limits will be transitioned to the control of local authorities, but statewide directives such as face covering mandates and social distancing protocols will remain in place.

Which Businesses Qualify Under Reopening Plan?

According to the state of Nevada, the following businesses/public spaces can operate under the 35% capacity limit:

•    Food and beverage establishments, including restaurants, bars, pubs, wineries, distilleries and breweries (those that serve food and those that do not)

The following businesses can operate under the 50% capacity limit:

The following businesses can operate under strict social distancing requirements and protocols established by existing directors and/or guidance issued by the applicable regulatory body:

Read Next: The Story Behind Las Vegas' Neon Lights