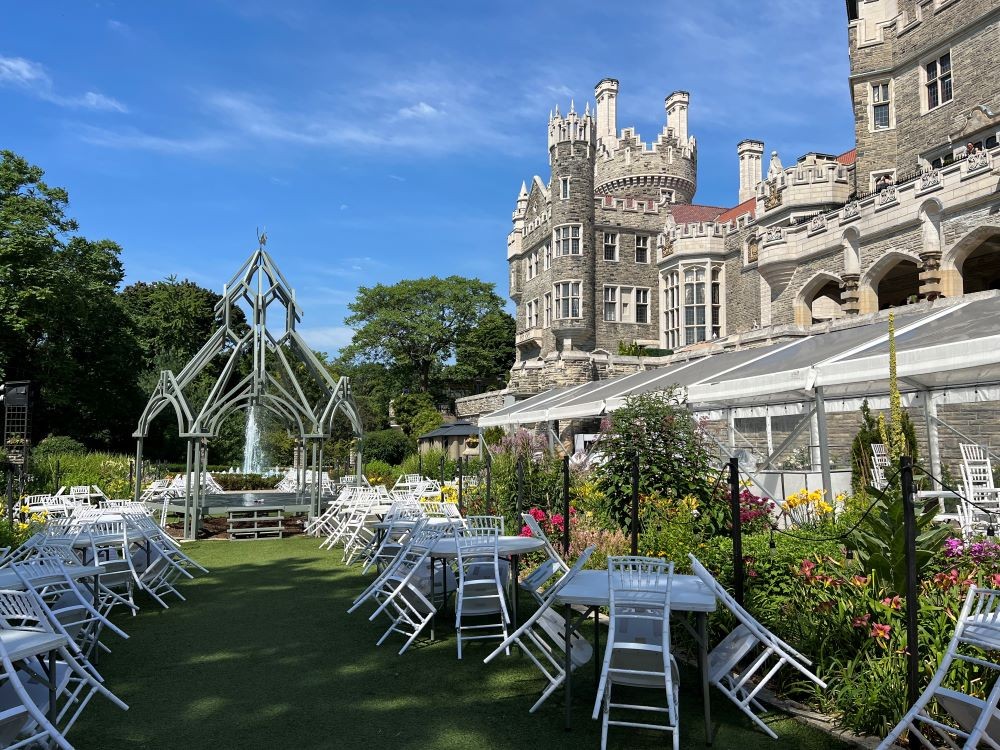 Destinations International took its Annual Convention to Toronto this year—Canada’s largest city, and the fourth-largest city in North America. The Metro Toronto Convention Centre (MTCC) played host to the meeting of the DMO minds, situated in the heart of downtown within walking distance of many of the city’s top attractions, like the CN Tower, and adjacent to both the Financial and Entertainment Districts.

Toronto is an increasingly popular hub for meetings and events, and a short distance from major U.S. destinations—just a 90-minute flight from New York, Boston and Washington, D.C., and just shy of two hours from my hometown of Minneapolis.

The visitor economy is a massive contributor to Toronto’s financial foundation. Prior to the pandemic, 2019 reports cited the city’s tourism industry generated more than $10 billion in economic activity and supported 70,000 jobs. The return of the Annual Convention offered not only an opportunity to connect with destination marketing professionals from all over the world, but a chance to see how Toronto was recovering and what it can offer meetings and events.

There’s much to glean from meetings and events in Toronto. The city offers more than 36,000 rooms from 170-plus hotels. Thought leadership and global influence across multiple economic sectors serve as main attractions as well—more than a quarter of Canada’s largest businesses call Toronto HQ, it offers the largest ecosystem for Toronto startups, and it’s the third-largest tech sector in North America.

While time was limited to explore everything this city—home to nearly 3 million people—has to offer, Destination Toronto hosted a media fam tour in the days leading up to the convention, where I had the opportunity to explore both historic and modern venues, plus unexpected group experiences.

Canada’s Fairmont Hotels offer a glimpse into the railway history of Canada in the late 19th and early 20th centuries. Blocks from MTCC sits Fairmont Royal York, across the street from Union Station, which served as our host hotel for the fam trip. Built in 1929 by Canadian Pacific Hotels, a subsidiary of the Canadian Pacific Railway, the hotel is referred to as one of the “castles of the north.” Throughout the years, this historic landmark has indeed hosted royalty, like Queen Elizabeth II, in addition to famous performers like Ella Fitzgerald, Louis Armstrong and Ray Charles.

In recent years, the iconic building has undergone meticulous renovations that have both preserved its original grandeur while modernizing its spaces for current guests. The 1,373-room hotel began renovations in 2014, beginning with its guest rooms and moving through the meeting spaces, then continuing with a $60 million overhaul of the lobby in 2019 and Library Bar renovation in 2021.

Also added in 2019 is the prestigious Gold Club on floors 13-18, with a secluded lounge on floor 18. Dubbed as a “hotel within a hotel” concept, this section of the hotel is reserved for the high-end traveler and can serve as a respite or meeting spot for executives.

As we toured the hotel’s 63,000 square feet of meeting space on floors 2 and 3, it felt like journeying to the past. The Imperial Room, adorned with glittering chandeliers and a stage, was once one of the most popular supper clubs in Toronto. It has since served as a dance floor, the set for movies and now a versatile space for meetings and events. The 5,000-square-foot Ballroom claims to be the most-photographed room in Toronto and also drips with elegance and splendor.

An actual castle was also on the itinerary in Toronto. On the north side of the city, on a hill overlooking the skyline, sits Casa Loma—one of North America’s only castles. Built in 1914 by financier Sir Henry Pellatt, the venue’s Gothic Revival architecture had me making side comments about old English historic homes and famous buildings across the pond. Its enchantment extends beyond me—nearly 650,000 people visit the castle every year, and it plays host to more than 250 private events annually. It also serves as the backdrop for films, television shows and photo shoots.

Our group got a taste of some of Toronto’s modern venues, too, which hold stories of their own. Ahead of the Annual Convention, we chatted with folks at MTCC about changes to their F&B offerings and sustainability initiatives.

Recently, MTCC shifted to serving 100% Ontario wines and beers—including a non-alcoholic option—in an effort to source more locally. The facility also has an onsite chef’s garden, beehives that produce honey and continues to source as many ingredients as possible from Ontario-based vendors. Pasta is made in-house, and MTCC also cures its own meat—notably, the MTCC F&B team says they create custom menus for groups 75%-80% of the time, providing a wealth of options for planners.

MTCC continues to push the conversation forward on sustainability. It diverts 90% of waste from landfill, has a green roof that reduces energy consumption and cooling costs, has added LED lighting throughout the North building, was the first convention center in Canada to offer clients clean power with Bullfrog Power, and was the first facility in Toronto to be on Enwave Energy’s Deep Lake Water Cooling system. This unique system uses cold water extracted from Lake Ontario to cool the South Building.

For a different perspective, we traveled across town to Rebel nightclub and Cabana day club—two venues that offer a range of options for events and come with breathtaking views of Lake Ontario and the Toronto skyline. The total capacity of Rebel is 4,000, and Cabana offers a Vegas-style day club and outdoor pool. Both spaces can be used for corporate events Monday-Thursday.

We rounded out our offsite venue tour with a journey to the top of the CN Tower—the famous fixture of Toronto’s skyline—which was the tallest free-standing structure in the world for over 30 years until 2007. Groups of up to 1,400 can meet at dizzying heights in a variety of spaces, including the Main Observation Level, the rotating 360 Restaurant (which completes a full rotation every 72 minutes), and the Maple Leaf Cinema and meeting rooms.

[Related: A Convention Center Designer on Prioritizing the ‘In-Between’ Spaces]

While our time in Toronto was short, we packed as much in as we could to learn more about Toronto and what the city can offer meeting and event groups. To get a better feel for the Ontario's capital, we took to the streets and participated in a walking tour with Tour Guys, a Canadian-based walking tour company operating in Toronto, Ottawa and Hamilton.

Attendees can hop on public tours during their free time, or planners can schedule a private group tour with Tour Guys. Different tour packages include exploration of Downtown and Old Town, a graffiti art tour, craft beer tour, Kensington Market and Chinatown Tour or customized itineraries.

Our group weaved through Old Town, the Financial District and Entertainment District, learning the history and growth of Toronto along the way. We ended near the Instagrammable Toronto sign in Nathan Phillips Square—a now permanent-fixture since its temporary construction for the 2015 Pan American Games. As I watched the buzzing action of tourists snapping photos, locals lounging and conventioneers making their way to their next event, the energy of the Gateway to Canada was palpable, and the comeback of major cities like Toronto after such a trying few years finally felt within reach.

Read this next: Western Canada Offers Intellectual Value for Learning and Engagement at Conferences