New Hotel Opens Next to Walt Disney Swan and Dolphin 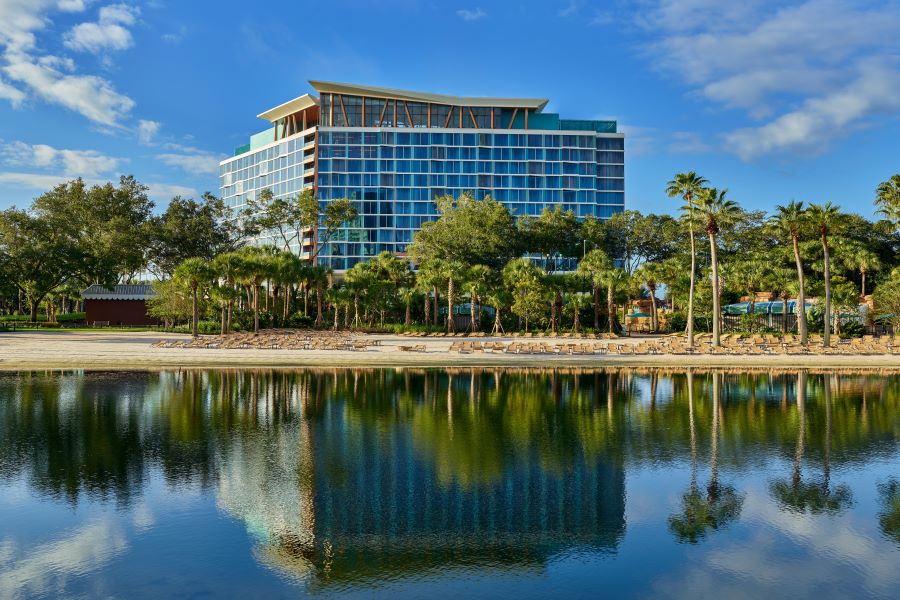 “With its relaxing atmosphere, fascinating design, stunning views, perfect proximity and adjacent location to the Walt Disney World Swan and Dolphin, guests have every option imaginable for a magical getaway,” said Area General Manager Sean Verney in a press release announcing the opening. “This is the moment we all have been waiting for, and we look forward to offering an experience like nothing else, thanks to a location that’s like nowhere else.”

The property offers more than 15,000 square feet of indoor meeting space, including two ballrooms and 12 meeting rooms, and 13,000 square feet of outdoor space. Also available for event rental is The Vue, a rooftop space offering views of the resort area.

Restaurant options include Amare, a Mediterranean-style restaurant, and a grab-and-go cafe.

The property also offers a pool area with an elevated deck and fire pit.

Guests staying at the Reserve, which is part of the Walt Disney Collection of resorts, receive full access to the amenities of Walt Disney World Swan and Dolphin, including its Mandara Spa, six pools, 22 restaurants and lounges, preferred tee times on the nearby Disney championship golf courses, and four additional restaurants: Shula’s Steak House, Todd English’s bluezoo, il Mulino and Kimonos.

Listen Next: How a Disney World Hotel Handled the MLS COVID-19 Bubble