What to Do If an Active Shooter Strikes During Your Meeting 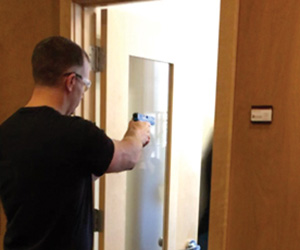 Most people think they know how they would react if they were suddenly faced with an active shooter. You’d leap into action, take charge, bar the door—maybe even tackle the assailant—and save the day. Most people are wrong. I was.

To be clear, my mettle was tested in a drill conducted by the Linn County (Iowa) Sheriff’s Office, not by a real active shooter. But the experience was truly eye-opening in a way that I couldn’t have predicted.

“[Active shooter training] comes down to taking key points away,” he continued. “We try to drive home situational awareness and being mentally prepared.”

While active shooter training may be hard to implement during your actual event for all attendees, I believe it is something that would be valuable for meeting and event planners to take part in.

Why Active Shooter Training Is Important

The mock shooter in our drill killed all 30 participants in four different offices on “lockdown” in a minute and 20 seconds during the first of three simulations—and he wasn’t in a hurry.

It really put into perspective just how long 5 minutes or more can feel when you’re waiting for help to arrive and how much can go wrong in just a minute and a half.

“It drives home the point on how fast it can happen,” Riniker said. “[The ‘shooter’] was slow and methodical. He took his sweet time and made sure he had a kill shot on every person.

“It only took 90 seconds for that to happen,” he added.

This stark reality is a crucial aspect of the interactive portion of active shooter training, which in this instance involved three scenarios that allow participants to feel on a visceral level the differences between their options for dealing with a violent intruder. The primary options available include:

During the first simulation, we essentially practiced a lockdown without barricading the door or trying to escape—essentially relying on the mercy of the “intruder,” played by Deputy Chad Shover.

He moved slowly between each office, targeting each one of us individually with an air-powered handgun that feels surprisingly convincing when it’s pointed right at your face.​

During the second active shooter simulation we were given some options.

We made a split-second decision whether to try to keep the intruder out or make a break for it. Running past the “shooter” seemed counterintuitive, but something as simple as becoming a moving target greatly increases the chances of surviving an encounter, Riniker explained at our training.

Surprisingly, we learned that trained law enforcement can only hit a moving target 20 percent of the time. That number dramatically decreases when it’s a shooter without professional training.

This second scenario saw 28 of our 30 participants escape—that’s a 94 percent success rate just from physically moving around and running instead of hiding. That’s two people dead versus 30 people.

Here's a quick 360-degree video of a failed barricade attempt (not so easy!):

It is possible to survive contact with an armed intruder, especially by disrupting the physical and mental act of shooting accurately with noise, movement and other distractions, Riniker said.

Throwing a coffee cup, a stapler or keyboard could disrupt the shooter’s concentration just long enough for you to make an escape. During this third training scenario, “fighting back” involved throwing tennis balls at Shover—or at least in his general direction—and then making a break for it.

It’s an involuntary response for the shooter to duck or flinch just long enough for you to escape.

Realize that something bad is happening and prepare to make survival decisions.

“There are three human reactions to fear—fight, flight or freeze. Every single person has these,” Riniker noted. “It comes down to how fast you’re going to be able to get out of that freeze mode and do something to increase your own survivability.”

The more training and preparation you have, in general, the less freeze time you experience.

“When you walk into a new place, a movie theater, your work, a restaurant, take 30 seconds to look around and take a mental note of what you could throw at an intruder if you had to,” he continued.

“Know where your exits are. If you aren’t on the first floor, look out your window at the ground below and figure out how you would escape out the window,” Riniker added.

“Don’t let it take over your life, just be aware of what’s around you and have a quick plan.”

If evacuating doesn’t appear to be a safe option, barricade the entry points into your room and prepare to either counter the attacker (with help from other committed people, a method called SWARM) or flee any way if the situation changes. There are some instances where barricading a room is the preferred option, especially when it can buy you time. If you SWARM the attacker, you need to fully commit to it.

“He’s looking for easy targets, not to spend 10 minutes in this area if he can go to the other end of the building and find an easier target,” Riniker said. Trainings differentiate between a basic lockdown as part of ALICE vs. a lockdown-only strategy that depends solely on hiding—the latter can be deadly.

Communicate your situation to emergency responders with as much information as possible. The law enforcement personnel responding to your building must try to neutralize the threat.

It’s hard to do that if they don’t know what the threat looks like.

“Give us as much initial information as possible,” Riniker said. “‘We have an active shooter, white female, blonde hair, maroon coat, gray hoodie. I saw her shoot at least three people. They’re still shooting.’ That tells us we need to stage EMS and notify hospitals.”

“Don’t assume outside people know your building or the area,” he added. “Sometimes dispatchers are from another county and may not know the big oak tree by the blue building.

“Law enforcement are not going to know where the HR hallway is,” he continued. “You want to say, ‘When you come in the front door, turn down the right hallway.’”

Answer the dispatcher’s questions as well as you can, but don’t guess if you don’t know.

Don’t be offended if a dispatcher hangs up on you if you don’t have any new information to give them. They are coordinating multiple agencies and may have to hang up to do so.

Keep in mind that you’re not only alerting emergency responders. You need to alert your fellow co-workers and the other people in your building or participants at your meeting. “Scream with a purpose.” Don’t just scream “shooter”—give information like, “Shooter in the north end of the building.”

Countering a violent intruder isn’t necessarily about fighting—it’s about making it harder to shoot straight. Split-second distractions, such as throwing objects, can buy you valuable time.

Distance increases your odds of surviving the encounter.

Get out of harm’s way. Schools typically have a pre-designated rally point where people should go, but not all buildings need one. The important thing is getting out of the way. “If you can still see the building, you’re probably too close,” Riniker said. Make sure you know every exit out of your building.

Even if you’re unable to participate in active shooter training, there’s guidance available.

During an educational session titled “A First Responder’s Guide to Handling Active Shooter and Terrorism Threats” at ASAE’s Annual Meeting & Exposition, the following critical strategies were presented to keep you and your attendees safe in case your meeting comes under attack.

Best practices to follow ahead of or during your meeting or event:

After an incident has been resolved, keep in mind the following advice:

For more useful information from ASAE’s educational session check out our previous coverage.

It’s not realistic to set up an active shooter training at the beginning of every event, but there are many things meeting planners can do to give attendees a better chance at surviving an encounter.

Things that may seem obvious to you and the venue owner may not be quite as apparent to someone who’s visiting the venue for the first time. Actively look for ways to work with the venue to harden it against intruders and make it easier for people inside to escape. For example:

Ask about basic safety precautions. Does the venue have a shipping and receiving area? Is it ever left unlocked? What about alternate entrances, especially side doors away from the main entry area?

“Any time you have unlocked doors in your building, you’re asking for problems to a certain degree,” Riniker said.

Provide emergency information. Include safety tips and local resources with registration confirmations along with the usual information about food and fun in the city or location where your event is being.

[Add This to Your Meetings Toolkit: Emergency Response Plan Template for Planners]

Put a map of exits in the show program or as an extra handout in guest swag bags. Have speakers review the nearest one or two exits as part of the housekeeping slides at the beginning of each presentation.

(Editor’s Note: Shout-out to industry veteran Joan Eisenstodt, who identifies exits at all sessions. Also make sure to check out her blog post titled Safety and Inclusion Tips for Meetings in Troubling Times for additional insights).

Stay informed. Riniker stressed the need for repeat practice. Skills are perishable, so staying engaged is crucial. Participate in active shooter training periodically to keep your skills up to date.

Work with venues to identify regional risks, such as certain kinds of natural disasters, and understand the venue’s emergency plans for each type of emergency.

Perfect your plan—and then keep improving. Gather input from local law enforcement on things like how to warn attendees if an incident is happening, likely risks and steps you can take to mitigate them, and other important considerations for keeping attendees safe. They’re likely familiar with the venue and may even be able to walk through it with you to hone your plan on-site.

“We’re always willing to come in if you have some ideas that you want to bounce off of us,” Riniker said, referring to those who do training. “We want to be a resource for people and be an asset.” 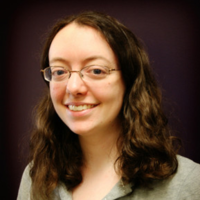 Janelle Penny has more than a decade of experience in journalism, with an emphasis on facilities management.