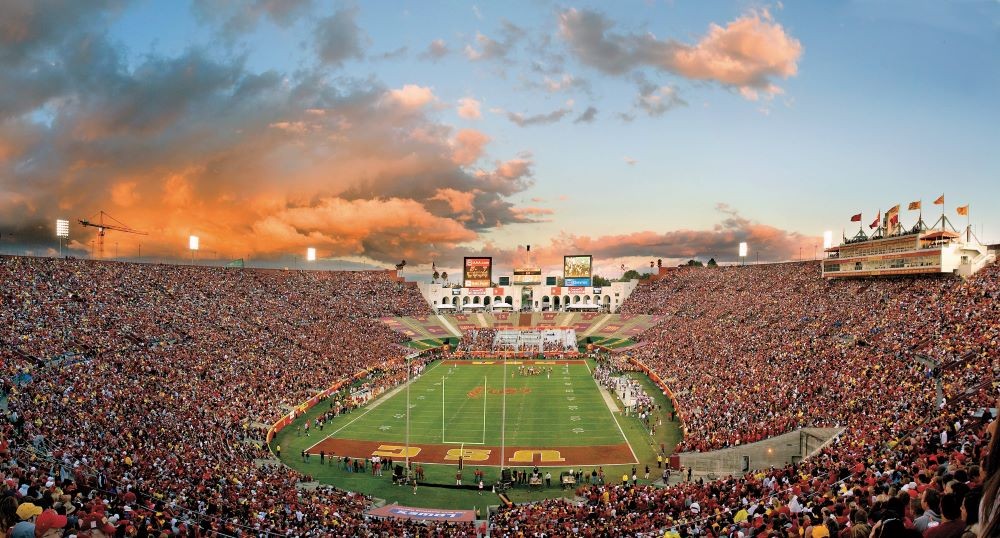 Los Angeles, “The City of Angels,” has had a heavenly run when it comes to premiere sports events in the last two years, from the World Series to the Super Bowl—held in the new $5 billion SoFi Stadium that is home to the Los Angeles Chargers and NFL World Champion Rams—with the Summer Olympics on tap for 2028.

“Over the past several years, there has been tremendous investment made in our city’s venues and infrastructure—and this is on top of the incredible resources our city already offered,” said Kathryn Schloessman, president and CEO of the Los Angeles Sports & Entertainment Commission. “Since adding SoFi Stadium to our impressive portfolio of venues, we have been able to bid on, and secure, the right to host these events over the next several years—the MLB All-Star Game, the College Football Playoff National Championship, WrestleMania, the U.S. Open, the Olympic and Paralympic Games—and we hope to be awarded the FIFA World Cup.”

We checked in with Discover LA, the destination’s DMO, who provided a snapshot of their star sports facility performers. Following are five that are primed for meetings and events, from mega get-togethers to smaller gatherings that can utilize specific parts of the buildings while still feeling like all-stars.

[Related: The Sun Rises Again in Los Angeles for Meetings and Events]

One of L.A.’s most impressive new venues and host of Super Bowl LVI, SoFi Stadium is open to special events in several premium spaces throughout the site.

The Concourse Spaces and Patio Club, for example, invites attendees to mingle in the enviable California weather with a variety of versatile outdoor venues.

With the field as the backdrop of several SoFi Stadium event spaces, it’s a truly unique venue for delivering special events and receptions.

For more than 60 years, the Chavez Ravine’s Dodger Stadium has welcomed fans from all around the globe, charming them with its breathtaking views and storied past, from Don Drysdale and Sandy Koufax to the star-studded lineup that won the 2020 World Series.

This treasured Los Angeles landmark is also the perfect setting for special events, with many event spaces in the stadium available to book on non-gamedays, including the sleek Champions Club, casual midcentury-modern Baseline Clubs, the San Manuel Dugout Club right behind home plate, the Retired Numbers Plaza with a spectacular view of the field and the skyline, or even the field itself.

Maybe the most storied sports facility—among many—in Los Angeles, if not the world, Los Angeles Memorial Coliseum will become the first stadium to have hosted the Summer Olympics three times when it is the main stage for the 2028 Games.

The Coliseum offers several venues available for private booking, including the field and historic Peristyle, which can be lit via the Olympic Cauldron for a guest experience of a lifetime.

A unique smaller location to host meetings and events such as luncheons and receptions is Crypto.com Arena, formerly known as STAPLES Center, the site of Los Angeles Lakers and Sparks championships, as well as Los Angeles Kings Stanley Cup triumphs.

Read more about meetings and events in California.

This article was produced in collaboration with Visit California.