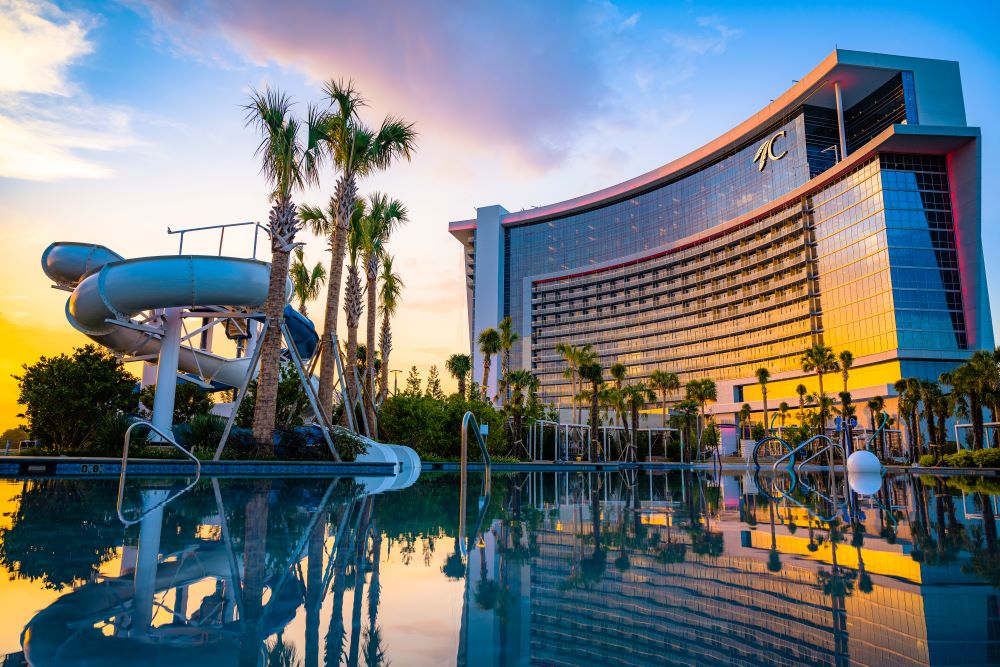 While casino resorts dominate cities like Las Vegas and Atlantic City and provide meeting and convention groups with a variety of options in each, the MidAmerica region is seeing growth in the gaming industry.

According to the American Gaming Association, in 2021, reduced operating restrictions related to COVID-19 helped the Chicagoland market to reestablish itself as the third highest-grossing casino market in the country after only the Las Vegas Strip and Atlantic City. Additionally, several other Midwestern metro areas also ranked among the nation’s top markets, including Detroit (8th), St. Louis (9th) and Kansas City (12th).

With this resurgence following the pandemic, casino hotels in MidAmerica are poised to continue welcoming groups to their dynamic properties—and some of them have made noteworthy upgrades and added amenities that can enhance the meeting experience. Following are some updates at various casino hotels in the region.

Standing tall as Detroit’s only hotel to receive both AAA Four Diamond and Forbes Four-Star designations, MGM Grand Detroit is a favorite luxury casino hotel option in Michigan’s largest city. More than 30,000 square feet of event space and 400 guest rooms are at the ready for group programs, including a 14,000-square-foot Grand Ballroom, three meeting rooms and two executive boardrooms.

D. PRIME Steakhouse debuted in fall 2020 as the new original steakhouse and lounge at the hotel. Led by Executive Chef Derek Mattison, modern twists on flame-grilled steaks and seafood and contemporary cocktails are on the menu.

Food halls are a popular dining concept that are popping up at a rapid speed in major metropolitan areas. They are especially popular with visiting groups, offering a variety of cuisines and casual dining spaces for easy networking after meetings. Now, the phenomenon has come to MGM Grand Detroit in the Detroit Central Market, which opened in February 2022. The urban food hall concept currently features four providers:

Additionally, after a pandemic hiatus, the state-of-the-art Topgolf Swing Suite is reopening at MGM Grand Detroit, featuring four simulator bays, a lounge and food and drink.

Another Detroit casino hotel to make significant upgrades in the past year is the Motor City Casino Hotel, which is home to the city’s only locally owned and operated casino. In July 2021, the 400-room property completely revamped its 67,000 square feet of meeting and event space. Highlights include the 17,000-plus-square-foot Grand Ballroom, which can accommodate up to roughly 1,800 depending on the configuration. Other meeting rooms, boardroom and conference rooms are available for small group sessions.

All meeting rooms are fully equipped with state-of-the-art audiovisual equipment, including video and teleconferencing capabilities to accommodate hybrid or virtual meetings.

Detroit is a city with a rich music tradition, and Motor City Casino Hotel keeps this and the forefront of its offerings with an emphasis on live entertainment space, giving guests an opportunity to experience it up close. The Sound Board is the hotel’s world-class theater with turnkey sound, video and lighting packages for impressive performances or presentations. The Sound Board also hosts big-name artists in a more intimate setting. Up to 2,400 people can see artists like Ben Folds, Robin Thicke or Patti LaBelle, who are all on the schedule for this year. Past performances have included REO Speedwagon and Tracy Morgan.

Other unique spaces for meetings and events at the hotel include Amnesia and Iridescence rooms, which are two stories high on the 16th floor overlooking the Detroit skyline. These spaces can host small- to mid-sized groups up to 280.

Aside from its live entertainment and casino, other hotel amenities include the 13,000-square-foot D.Tour Spa, fitness center and onsite dining and bars.

Located in southeastern Oklahoma, conveniently one hour north of the Dallas-Fort Worth Metroplex, is AAA Four Diamond Choctaw Casino & Resort–Durant, which is owned and operated by The Choctaw Nation of Oklahoma, with a population of nearly 200,000.

The three-level convention and entertainment venue can cater to small and large groups; it offers more than 100,000 square feet of meeting and convention space with seating for more than 3,000. Key spaces within include a conference center and 25,000-square-foot multipurpose theater.

Following the August 2021 Sky Tower opening this spring, the new AQUA pool opened at the resort, which the property considers its new centerpiece. The new Sky Tower overlooks the three-acre AQUA, which comprises of two pools: one that’s considered family friendly and is equipped with two waterslides, and the other that is an adults-only pool. Three outdoor bars and two food venues round out the outdoor luxury pool experience, with 50 cabanas and 750 chaise lounges surrounding.

AQUA joins a host of amenities available for guests staying at the resort for business or leisure, including:

More updates will continue at Choctaw Casino & Resort–Durant. In April, after nearly two decades, the resort’s original hotel, the Choctaw Inn, was demolished to make way for future development and modernized amenities. As a part of this project, the original Grand Tower will also undergo extensive remodeling this summer to bring the original tower to a similarly impressive aesthetic and comfort level of the new Sky Tower.