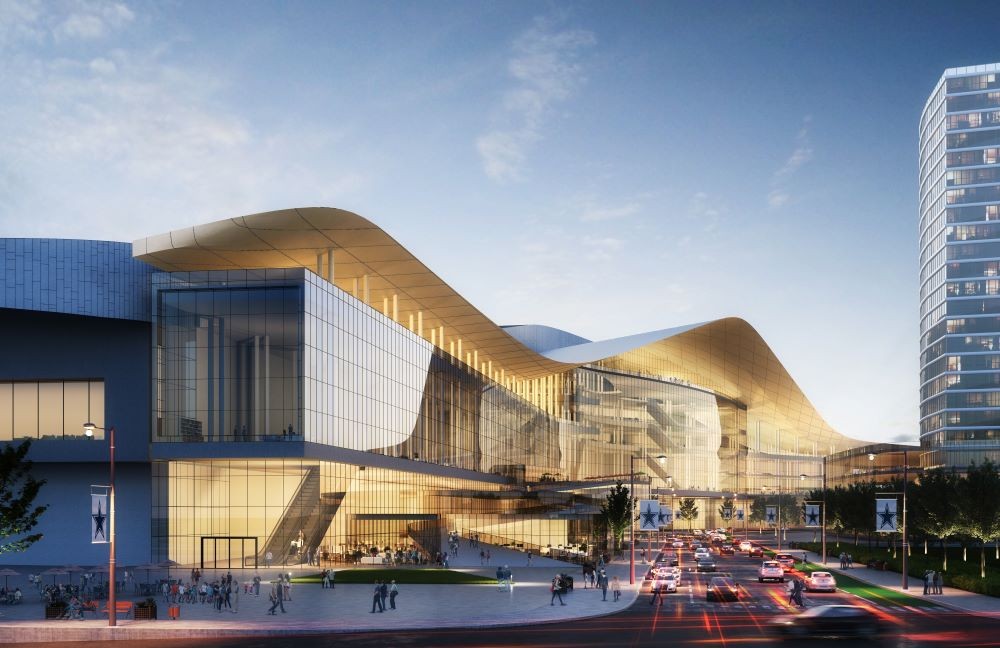 From convention center expansions to new hotels, special venues and more, we have all of the Texas property news that meeting and event planners need to know about.

With an anticipated construction start in 2024, the $2 billion expansion of the Dallas Convention District is a proverbial game-changer for the city. Located adjacent to the current Kay Bailey Hutchison Convention Center Dallas, which will remain operational throughout the build phase, the new 2.5 million-square-foot facility includes 800,000 square feet of exhibit space, 160,000 square feet of ballroom space and 300,000 square feet of breakout space. Unique features will include outdoor event terraces scenically overlooking Downtown Dallas and the Trinity River, plus hotels and a walkable entertainment district. Targeting completion by 2029, the new building is destined to be one of largest convention centers in the nation.

2024 also sees the projected debut of the National Medal of Honor Museum in Arlington. Showcasing Medal of Honor recipients and their stories of valor and inspiration, the 25,000-square-foot venue, set on a 101,000-square-foot footprint, will reportedly feature exhibition galleries, a state-of-the-art Education Center, conference and event space, and outdoor amphitheater for ceremonies.

Opened in July 2022, The Element Dallas Las Colinas adds 157 rooms and 2,277 square feet of space to the Irving market.

The upcoming $1.85 million renovation of the courtyard at the Plano Event Center will significantly enhance outdoor programming and rental options for planners. The sweeping project, aimed at boosting the venue’s competitive standing, includes extensive shaded areas and expanded hardscape to accommodate receptions, impromptu meeting spaces and live entertainment. Other amenities including a fireplace area and new audiovisual equipment and connections.

Approved by the Plano City Council in December 2021, Haggard Farms is the planned 142-acre redevelopment of a historic farm that will reportedly include a boutique hotel and multiple outdoor event spaces.

Following expansions to Denver and Las Vegas, Santa Fe, New Mexico-based arts and entertainment company Meow Wolf is coming to the Metroplex city of Grapevine, Texas, with a new permanent venue slated for 2023. Another venue is slated for Houston in 2024.

[Related: The Magic of Murals and Public Art in Texas]

Celebrated as the “Queen of the Gulf,” the former Hotel Galvez, a beachfront landmark since 1910, has been renamed Grand Galvez as part of an ongoing multimillion-dollar renovation. Introducing a new era of luxurious sophistication to the 220-room resort hotel, makeover highlights include renewing the original Peacock Alley, the grand walkway from the lobby to the spa and ballroom not seen for 70-plus years. Original moldings and ceilings are also being restored and brought to light for the first time since 1962. Set to join the Marriott Autograph Collection, the hotel, with classic group venues that include the 500-capacity Music Hall, will also feature refreshed guest rooms and hospitality settings, and new entertainment venues.

[Related: Local Connections Create a True Sense of Place at These Texas Hotels]

Described as “the most innovative and technologically advanced esports complex and arena in the nation,” the new 3,000-seat Tech Port Center + Arena includes a food hall and event space.

A raft of future hotel developments includes San Antonio’s first Kimpton property. Scheduled for 2024, the 347-room downtown hotel, partially housed in the adaptive reuse of an 1850s schoolhouse at the intersection of the vibrant La Villita and Southtown neighborhoods, will reportedly offer more than 10,000 square feet of flexible space, including a 5,000-square-foot ballroom.

In January 2022, officials broke ground on Civic Park, the $27 million redevelopment of a five-acre empty lot on the grounds of HemisFair, site of the 1968 World’s Fair adjacent to the Henry J. Gonzalez Convention Center. Billed as San Antonio’s Central Park, the project, slated for completion in late 2023 and first of three phases, reportedly calls for a zócalo, or public square, for hosting 500-capacity events, plus a 15,000-capacity great lawn.

[Related: All the Ways Groups Can Connect to Nature in Texas]

In June 2022, The Hill Country Group announced plans for a $267 million film studio in San Marcos just 30 miles south of Austin. With construction slated to start in early 2023, the 209-acre facility, once complete, will be the largest of its kind in Texas.

Conrad Hilton’s first high-rise hotel from 1930, the Plaza Hotel, recently reopened as the 130-room Plaza Hotel Pioneer Park. Hilton himself once resided here, along with Elizabeth Taylor, whose 17th-floor penthouse suite was reborn as the hotel’s rooftop restaurant and bar. The Art Deco tower offers 7,600 square feet of versatile space.