Fun Golf Games to Spice Up Group and Tournament Programs 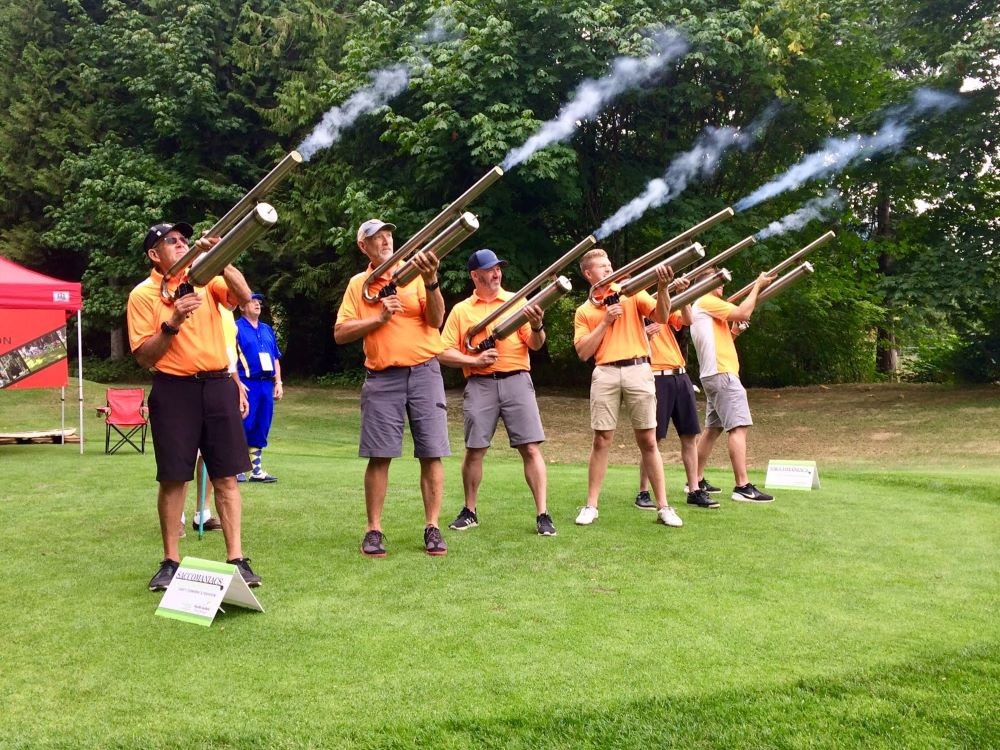 To mangle the famed Mark Twain quote, “The reports of golf’s death [as a meetings program component] have been greatly exaggerated.” And ironically enough, it was a global pandemic that seems to have resuscitated the flagging sport.

“COVID was the best thing that ever happened to golf,” said Dawn Donahue, CEO of British Columbia-based Go Golf Events Management (GGEM). “It without a doubt put more generations onto the golf course because of the physical space, to be outdoors and meet all of the health protocols put into place, and golf course owners and managers have never seen anything like it—full tee sheets, people teeing off every nine minutes and the junior programs filled. ”

GGEM has produced more than 1,000 conferences and meetings, with more than 600 stand-alone golf tournaments, along with 400 charity golf tournaments that have raised over $20 million for various registered charities over the course of its nearly 40-year existence.

The pandemic golf boom actually worked to the detriment of golf tournament organizers such as Donahue by creating a dearth in golf cart availability in many locations. Donahue said the resurgence of golf has also placed a lower priority on golf tournaments by course owners, who think that lower tournament group rates result in too much work for the financial reward.

But as we settle back into traditional patterns—that rise in rounds has already showed signs of cooling—meeting and event planners should maintain their vigilance at keeping golf programs fun for all participants, whether seasoned duffers or shy newbies.

And if all else fails, summon the golf cannons!

[Related: Tee Up These New Packages and Upgrades at Major U.S. Golf Resorts]

Although rounds have been trending upward since the pandemic, Donahue believes several factors remain a challenge to the popularity of the sport, and thus its popularity for group programs: a high price that is a barrier to entry for many families, the time commitment to play 18 holes, and the current lack of a transformational young player, such as Tiger Woods, to widen the sport’s appeal beyond its traditional white male demographic.

Conversely, many younger people are interested in “entertainment golf,” such as offered by Topgolf or indoor golf simulators, so planners should consider incorporating it when feasible.

Donahue stressed that serious golfers can be annoyed by all of the frivolity, so it’s a good idea to offer them a traditional round before or after the event, especially if the tournament is using a premier course. Also, traditional golf tournaments always have prizes related to long drives, the most accurate drives, closest-to-the-pin and a potential hole-in-one, which reward the more experienced golfers. To involve all skill levels, incorporate prizes, activities and rewards that don’t rely as much on skill level.

Following are some of Donahue’s tips for injecting a bit of levity and time-saving formats into a group golf program:

[Related: Mocktails Are Gaining Popularity. Will Meetings and Events Catch the Trend?]

Donahue offered the following fun games planners can incorporate into their tournaments to make it fun for all levels of players:

Donahue added that planners should seek to maximize sponsorship opportunities when appropriate, such as by setting up “tradeshow booths” in the tee areas, and that it’s very important to mix the ability levels on each team so there aren’t teams loaded with very experienced players while other teams are made up of novices. Also, producing a proper draw sheet can shave 30 minutes to an hour-and-a-half off the pace of play, and hiring the services of an experienced golf planner could be money well spent.

Read Next: 3 Fun Group Golf Formats That Speed Up Play