The 2022 NFL Draft Event From a Meeting Planner Perspective 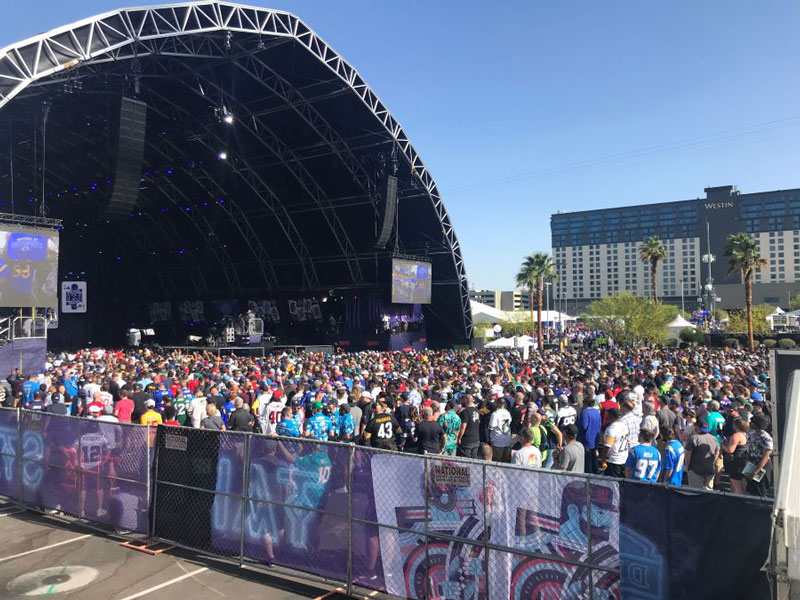 The opportunity I had to learn from three organizations that are at the top of their “game” during my April 27-29 fam trip to look under the hood of the 2022 NFL Draft production in Las Vegas was thoroughly impressive on many levels.

Sponsored by Caesars Entertainment and joined by meeting professional members of the elite Corporate Event Marketing Association (CEMA), the crux of the event is a live broadcast that typically reaches more than 10 million people on the first day, but the three-day event grew deeper roots in that it also served as a vehicle to increase engagement with the NFL’s most dedicated fan base, spread its reach to the next generation of NFL fans and also increase appeal across gender lines.

In the end, more than 300,000 fans (according to the NFL) bedecked in team colors and outrageous costumes having the boisterous time of their lives was the final verdict on the success of the in-person portion of the event held at CAESARS FORUM and other locations throughout Las Vegas. The Caesers portion of the tour also included a tour to show off the event capabilities of Allegiant Stadium, home of the NFL Las Vegas Raiders.

Aside from the young men whose lives would be forever changed by being selected in the first round of the draft, the real playmakers were the NFL personnel who are in perpetual planning mode, working years in advance and also thoroughly engaged in the high-wire act that is the broadcast.

“This event has grown so much in the last six years and we’re constantly needing more hotel rooms, venues, approvals,” said Aubrey Walton, director, event location strategy and planning for the National Football League, who leads the 35-person NFL planning crew, adding that Vegas was originally awarded the 2020 draft but had to punt to 2022 due to the pandemic. “Technically, we’ve been planning this for the last five years.”

An interesting aspect of the 2020 draft event found all prospects being mailed iPhones and a tripod so their reactions could be captured in a virtual environment, “and that turned out to be one of the most watched drafts of all time,” Walton said.

An NFL advance team arrived in Vegas about four weeks before the broadcast to begin the build, which also included a fashion-forward activation parading prospects on a stage in front of the Bellagio Fountain. The main event was staged in a massive structure resembling an airplane hangar in the Plaza and east parking lots of CAESARS FORUM—more than 1 million square feet was utilized—where the live broadcast was staged in front of thousands of screaming super fans.

In all, Walton said more than 1,000 people probably worked the event, which is considered the fastest-growing event on the NFL’s annual calendar, eclipsed only by the Super Bowl.

Caesars Entertainment’s program featured participation from CEMA, an 800-member-strong association of meeting and events professionals that frequently participates in Study Tours to high-profile events such as the NFL Draft.

“As event organizers and planners, we don’t often get the opportunity to go get an exclusive look at something so prestigious as this, and how it’s built from the ground up, and how it measures for success,” said Angie Smith, head of experiential events and field marketing for global software company Atlassian, who participated in the CEMA Study Tour. “With them being in a completely different vertical than us, it’s important for CEMA to offer these opportunities, because there’s so many parallels in how we do things, but at the same time it’s very different.”

Smith said one major insight she had was the almost never-ending cycle of the event.

“We commonly think of NFL sports being a seasonal thing, but they have been able to monetize and engage their viewers 12 months a year, and craft experiences to create the next generation of viewers—they just don’t stop,” she said. “I think the parallel in my world is we don’t create an event to be a moment in time. I’m in charge of creating leads and generating pipelines 365 days a year as well.

“[The NFL is] finding the next generation of fans, and I’m just trying to find the next buyer of a product,” she added. “To take a step out of what you do every day and see how it’s done in another industry lets you walk away kind of on a high and full of inspiration.”

As with probably most of the Study Tour participants, the sheer number of activations—such as the multi-day NFL Draft Experience filled with fan experiences and memorabilia for sale—while managing the pressure of staging a live broadcast was the most impressive aspect of the event.

“It’s so different when you’re activating across an entire city,” she said. “It was happening in like 20 different venues throughout the city at the same time. To get it right was just fascinating.”

“It really inspired me to think about how I create experiences for our C-level audience,” she continued. “It’s developing a sense of engagement on a level so they’re going to be forever committed to this organization because of the way you made them feel.” 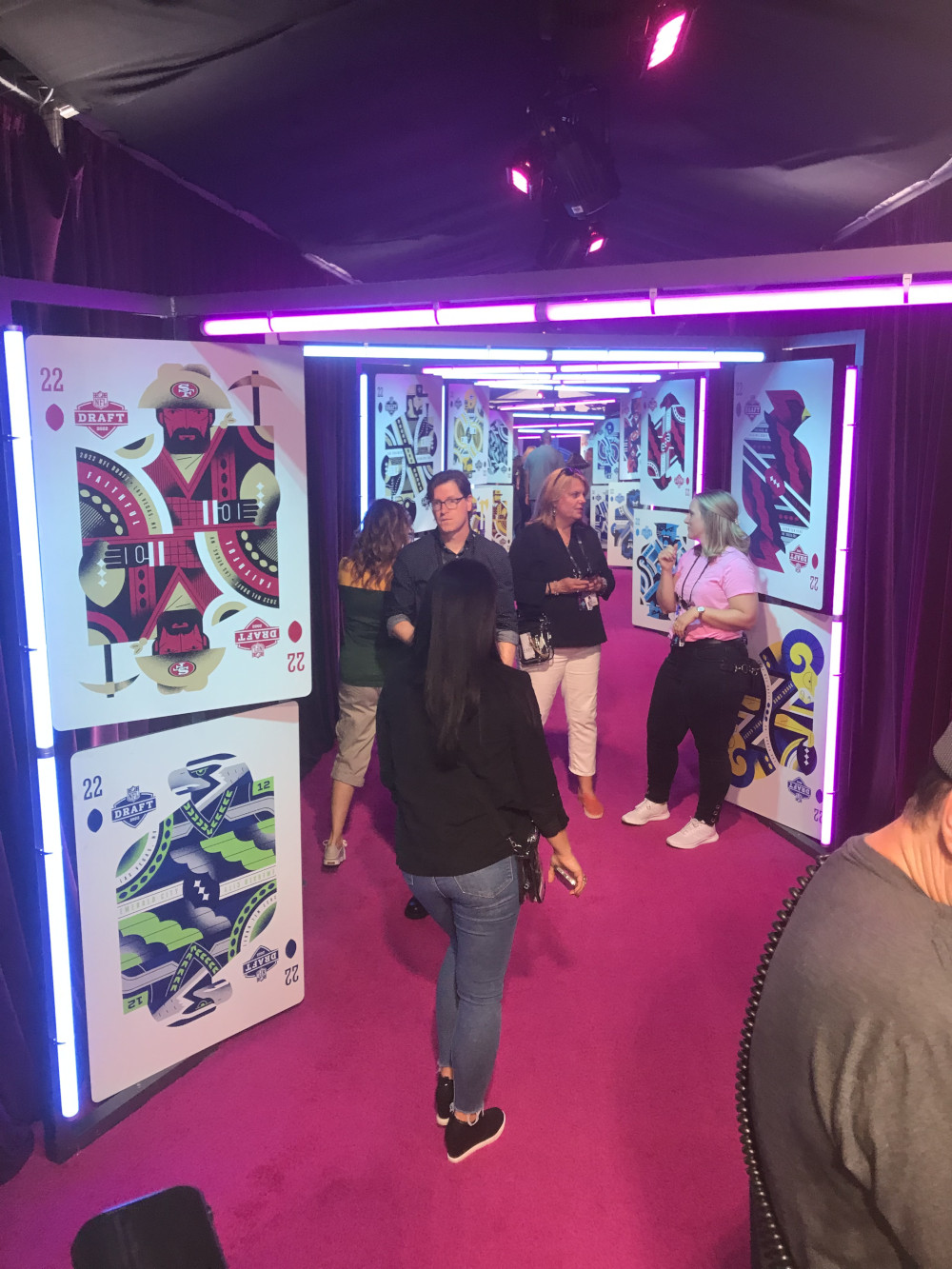 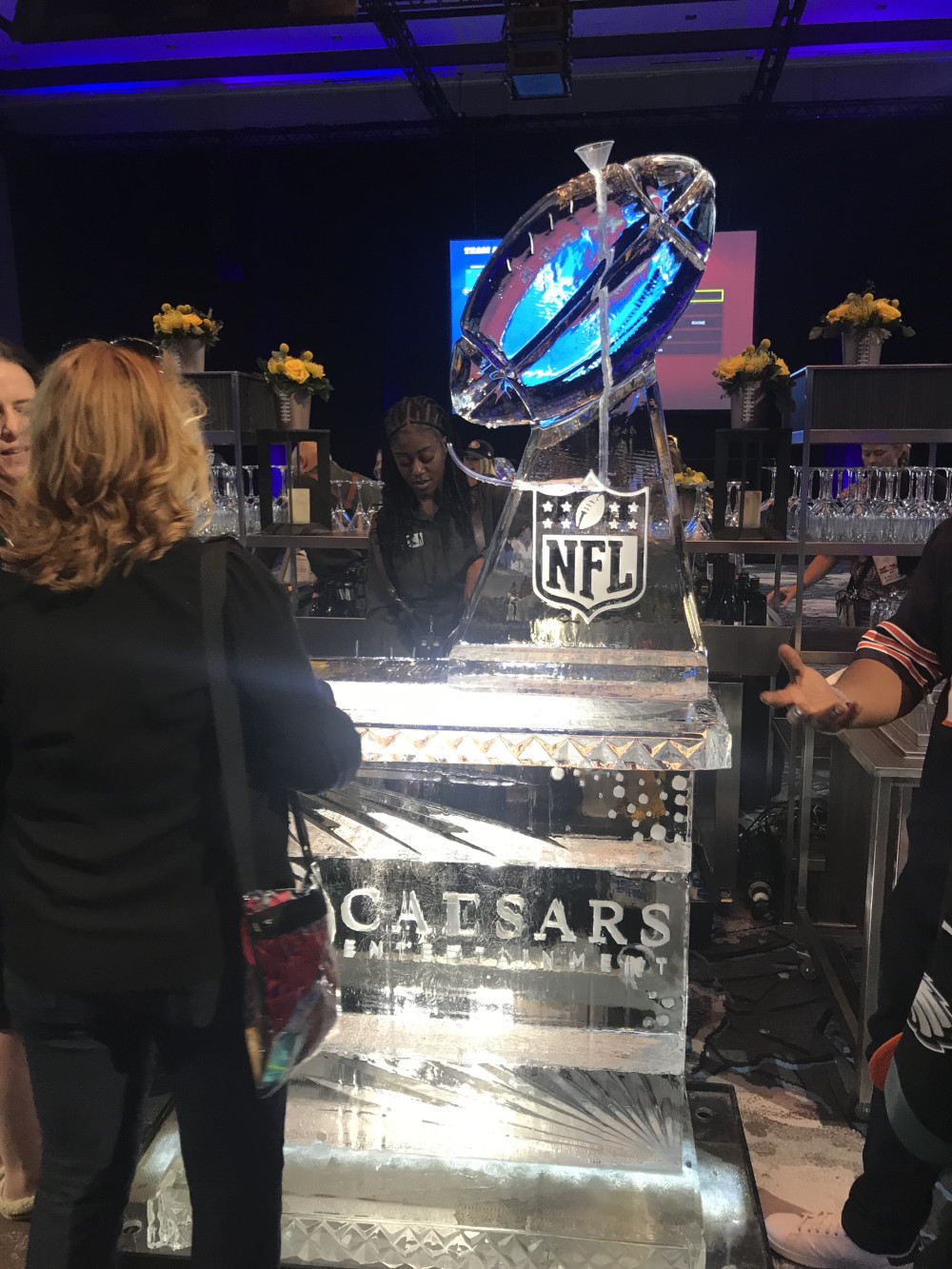 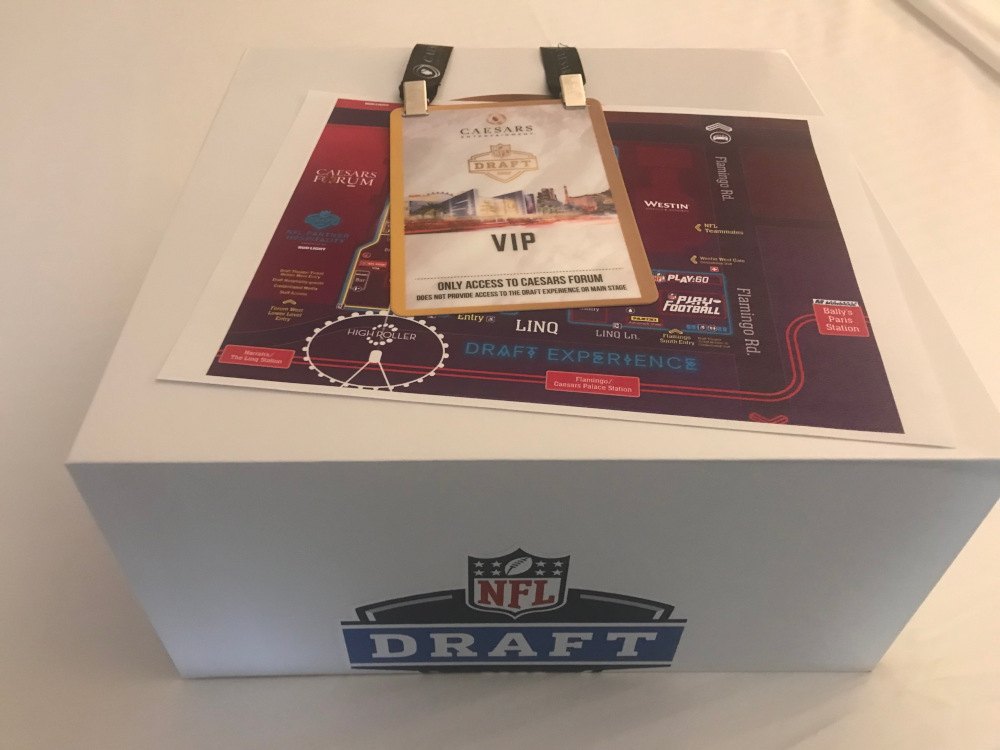 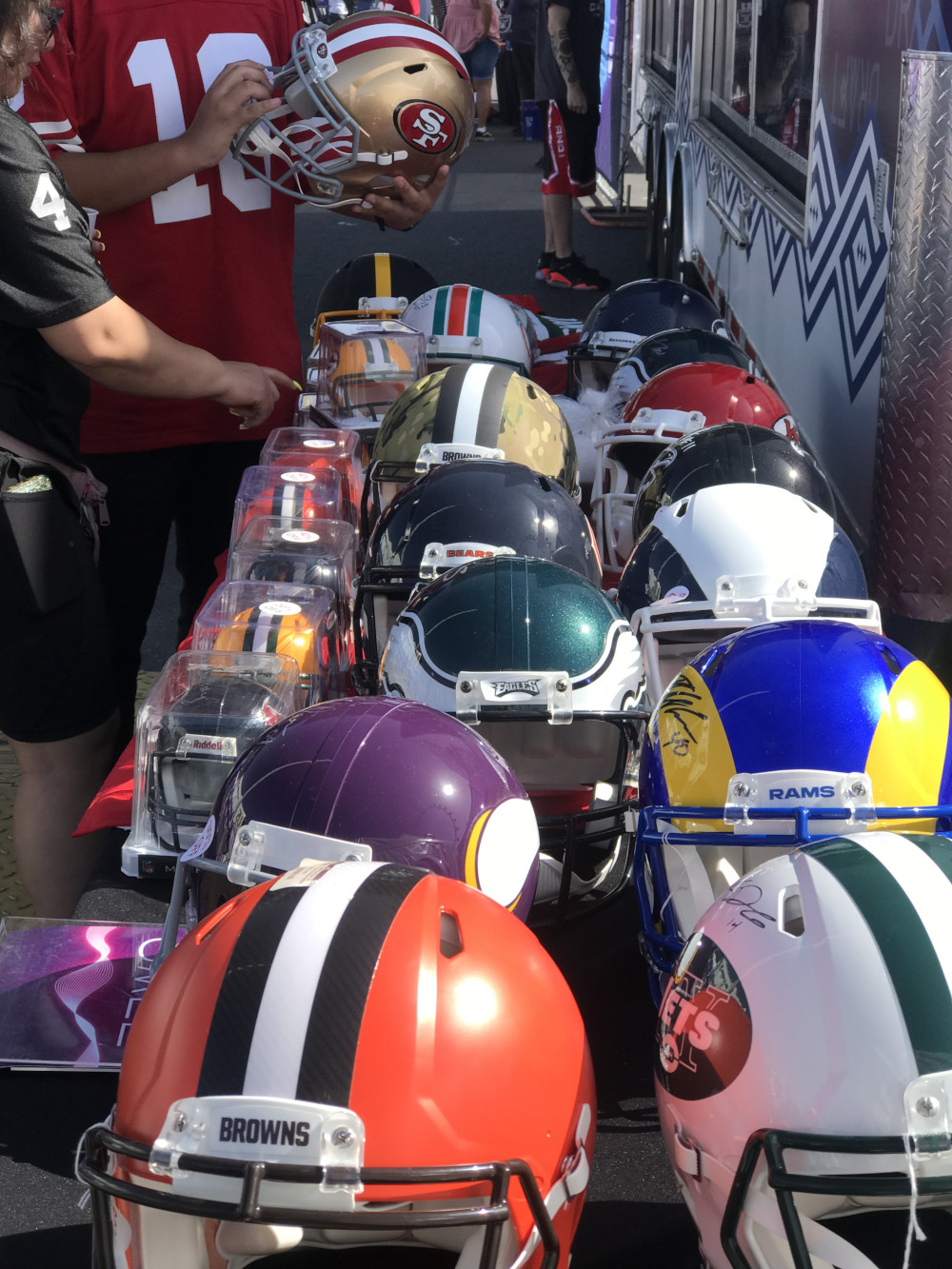 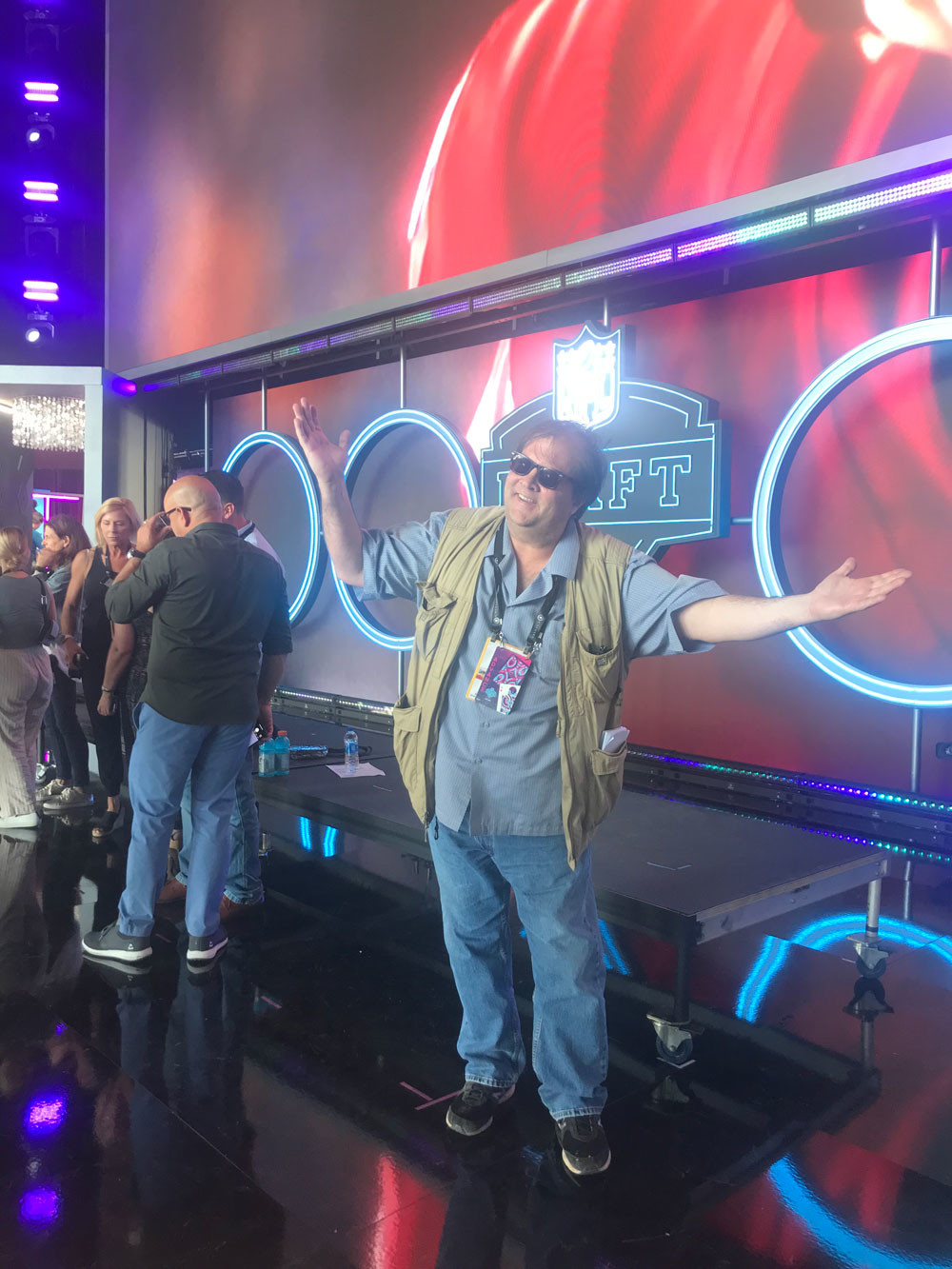