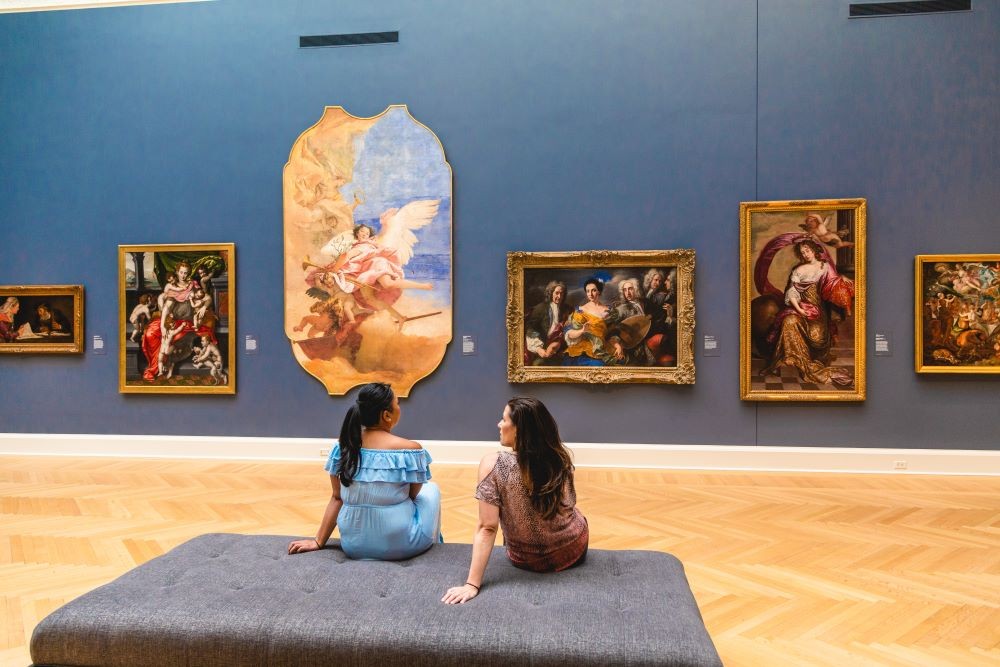 Rhode Island may be the smallest state in the U.S., but it packs a big punch for meetings. Chock full of charming cities, history and seaside culture, it has all of the ingredients for creative meetings your attendees crave. And given its diminutive size, almost every meeting or event is a “big fish in the state’s small pond,” as Visit Rhode Island puts it.

As a big bonus, Rhode Island’s two most popular meeting cities—Providence and Newport—are separated by just over 30 miles.

“Rhode Island itself is small and we can get things done quickly,” said Kristen Adamo, president and CEO of Go Providence. “If you want to book an event in Providence but want to book a special event in a mansion in Newport, it’s 45 minutes.”

The cities of Providence and Newport also provide many opportunities to dig deep into the arts and culture scene in a short amount of time, whether you work an offsite event or activity into the meeting agenda or provide attendees with sightseeing options before or after the program.

Following are some of the best recommendations from the cities’ respective CVBs.

The arts are entwined with the identity of Rhode Island’s capital city. Providence is home to the Rhode Island School of Design (RISD)—arguably the best design school in the country—bringing creative-minded faculty and students from all over the U.S. And they don’t just come for the education—they often stay to make Providence home.

According Adamo, there is no one dominant ethnic majority in the city, either.

“So you have this merging of cultures, and that really lends itself to the destination,” she said. “There’s a strong Italian and European Portuguese population, strong southeast Asian, strong Latino culture. It makes for some interesting creative output.”

Even the city government is invested in the arts. In the mayor’s office, there is a cabinet-level position, the director of art, culture and tourism. All that is to say that art is part of the fabric of Providence.

This creative capital lends itself seamlessly to meetings and conventions that choose the city. There are abundant opportunities to explore the arts and culture scene before or after the business of the gathering at hand, and many of the arts venues in town also double as unique offsite event spaces.

“Really, the whole city has been turned into a virtual art gallery,” noted Adamo, citing The Avenue Concept, which is Providence’s first privately funded art program and has created an app that visitors can use for self-guided tours of the many murals, sculptures and other public art works featured downtown.

“That app is a great opportunity especially if you only have a few hours and don’t want to take a [guided] tour,” Adamo said.

For those who want to set aside more time to really immerse themselves in the art and museums in Providence, Adamo recommends the following:

Some of Providence’s best arts and culture venues also can be used for private events. Popular spaces include The VETS, which, following a multimillion-dollar renovation in 2015, can host meetings and events. Venue rentals include the main theater, the grand stage for a special meal, boardroom, the VETS Gallery, the VETS Loft and more. Capacity ranges from 50-2,000, depending on the event and space. The VETS also offers discounted tickets for groups of 10 or more for most shows.

Adamo also recommended AS220, an arts collective that offers gallery and studio spaces.

Roughly 45 minutes south of Providence is Newport, a coastal city best known for its sailing culture and Gilded Age mansions. Its arts and culture venues offer plenty of opportunities to explore more about what makes Newport famous.

Meeting planners can host offsite events at the Sailing Museum. Housed along the waterfront in the historic armory building that was once used as the press room for the renowned America’s Cup sailing competition, the Sailing Museum now houses interactive exhibits about sailing, the history of the sport and galleries honoring inductees to the National Sailing Hall of Fame and the America’s Cup Hall of Fame.

The Sailing Museum can host groups of 10-300, with a variety of spaces available for rental, including the members’ lounge or the Legends of Sea area of the museum that overlooks the waterfront.

The Newport Art Museum is another option for exploring Newport’s art. Founded in 1912, it houses permanent and rotating galleries in two historic buildings. Facility rental is possible for groups as small as 12 to as large as 400. The grounds and porch can host the largest groups, with the option of a tent for up to 400. The various galleries can host meals, cocktail hours, lectures and more.

The museum can help groups plan creative events, too.

“Corporate groups have done a tour of the art museum in a cocktail party style upon arrival, touring the museum, and then in the middle of the cocktail party, they have a murder mystery where one of the guests screams and/or witnesses the murder,” said Francesca Donlan, communications director for Discover Newport. “Then upon seated for dinner, they are in groups and during the dinner try to solve the ‘mystery’ of the murderer.”

Google Newport and opulent Gilded Age mansions will surely be one of the first things you see. At the Jane Pickens Theater, planners can rent out the theater for a themed party around a movie—the marquee is customizable, the venue has a full liquor license with the option to craft custom cocktails for an event, and catered meals in the lobby or on the stage are possible. Donlan recommends hosting a Great Gatsby event and movie-viewing at the theater followed by a tour or private event at Newport’s Rosecliff mansion, which was used as a filming site in the 1974 production of The Great Gatsby.

Read this next: How to Harness the History of the Poconos for Your Events