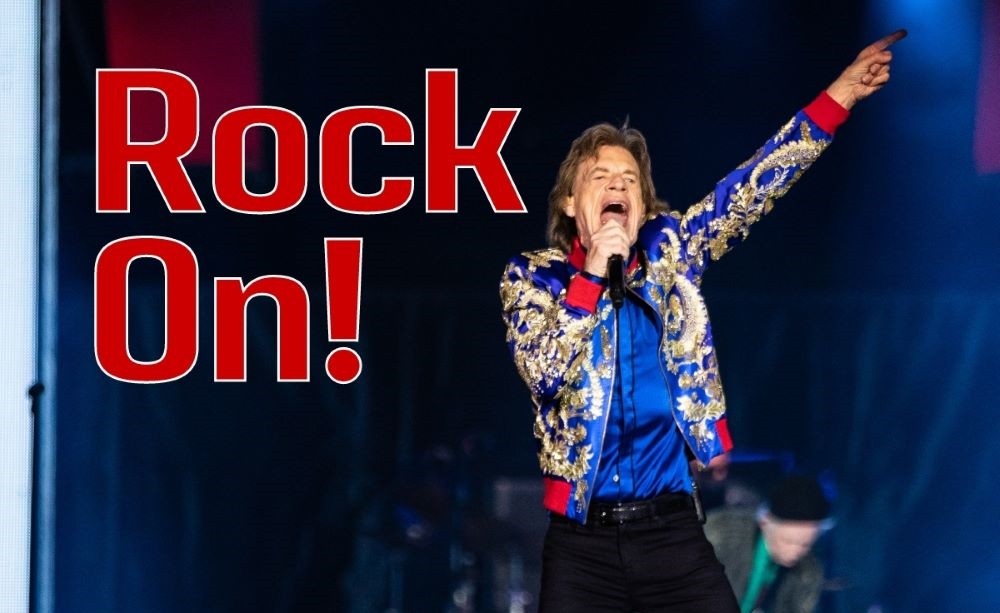 “Who knew that paradise looked like this?” said Mick Jagger exuberantly to the crowd during last November’s sold-out Rolling Stones concert at Allegiant Stadium, referring to the venue’s location, along with the Strip, in census-designated Paradise, Nevada.

The $1.9 billion, 65,000-seat stadium has proven heavenly for events. Garth Brooks sold out in 75 minutes as the venue’s first major act in 2020. Last August, the Concacaf Gold Cup Final between the U.S. and Mexico was the fastest sellout in the soccer tournament’s history. This April, Korean boy band BTS sold out four consecutive Allegiant shows in 90 minutes. Fans ranked the stadium first for gameday satisfaction in the NFL’s “Voice of the Fan” survey.

Since July 2021, more than one million people have attended an Allegiant event, including Las Vegas Raiders and UNLV football games. Coming from all U.S. states and 91 different countries, 86% indicated that they came to Vegas specifically for their event.

Vegas’ multi-dimensional magnetism is equally a siren call for groups. Attendance numbers for meetings, conventions and tradeshows are fast approaching pre-pandemic levels, with a commensurate boost in midweek bookings and room rates. Arrivals by air were up 89% in Q1 2022 over Q1 2021.

With the Stones’ 1978 classic “Miss You” on the set list, guitarist Keith Richards offered this heartfelt message to the crowd: “Ladies and gentlemen, I’d like to thank you all…it’s great to get back together again.” After hanging on for so long, Vegas is rocking again—satisfaction guaranteed.

This March, Vegas, billed as “The Greatest Arena on Earth” in the LVCVA’s latest national marketing campaign, amplified its preeminence as a sports-centric destination by hosting the 2022 NFL Draft.

Held at Caesars Forum with programming around town, including the floating Red Carpet stage in the Fountains of Bellagio lake, the nationally televised three-day extravaganza, deemed “better than perfect” by NFL Commissioner Roger Goodell, contributed to record visitation and room revenue.

Last held 40 years ago in the Caesars Palace parking lot, Formula 1 racing returns in November 2023 with the Las Vegas Grand Prix. Drivers are scheduled to lap a nearly four-mile loop along and behind the Strip at speeds exceeding 212 miles per hour.

The Oakland Athletics seem increasingly intent on relocating to Vegas and building a new $1 billion, 30,000-seat ballpark near the Strip corridor.

Following the WNBA’s Aces, prospects for an NBA team heated up this March when Oak View Group, a global leader in stadium and arena development, announced plans for a $3 billion sports and entertainment complex three miles south of Mandalay Bay. The privately financed project includes a 20,000-seat NBA-ready arena. This April, Tilman Fertitta, the billionaire owner of the NBA’s Houston Rockets and Golden Nugget in Downtown Las Vegas, announced plans to develop a high-end casino between Planet Hollywood and MGM Grand.

On the entertainment front, the MSG Sphere at the Venetian is poised to launch concert-goers and other guests into new orbits. Slated for 2023, the multi-purpose venue will redefine multi-sensory possibilities with features including an exterior LED display that will be visible from space.

Across from T-Mobile Arena, FlyOver Las Vegas is a mind-blowing group-capable flying ride. The experience of soaring like an eagle over spellbinding Icelandic and Wild West landscapes filmed from a helicopter is exhilarating beyond words.

With more than $4.5 billion in investments projected over the next two years—including 7,000 new hotel rooms and 791,000 square feet of additional convention space—new players, ownership changes and upgrades are expanding overnight and meeting options destination-wide.

Downtown developments include 35,000 square feet of new customizable group space at Circa Resort & Casino, slated for this September.

On the Strip, where Caesars Entertainment is rebranding Bally’s Las Vegas as Horseshoe Las Vegas and Wynn Resorts has completed a $200 million refresh of all 2,700 rooms and suites, plus new cocktail lounge concepts and other amenities, operators are looking brightly ahead.

“This is a new era for SAHARA Las Vegas,” said Christopher Bond, vice president of sales. “Neither the old Sahara nor the SLS, we are completely new luxury boutique hotel that is a hidden gem for corporate groups.”

Concentrated efforts to change perception of the 1957 Rat Pack-era icon are paying off.

“Our focus on in-house corporate business is producing strong booking lead volume, much of it near-term,” Bond continued. “Zoom and Teams meetings can only go so far. Demand for face-to-face meetings is driving strong interest levels, which makes me very optimistic about the future.”

“Our bookings forecast is about 70% of where we were in 2019,” said Don Voss, vice president of hotel sales and marketing at Treasure Island Hotel & Casino, which turns 30 next year. “TI remains one of the Strip’s most flexible and convenient options for groups. Depending on additional domestic and international airlift as well as economic conditions for certain market segments, we foresee a return to 2019 group volumes by next year.”

Gavin Mealiffe, vice president of sales for Tropicana Las Vegas – a DoubleTree by Hilton is similarly encouraged. “We have seen definite improvement in 2022 as we welcome groups of all sizes. Increasing lead volume is a great sign for future opportunities and we have also seen great compression over sporting event weekends and concert series.”

Read this next: As Las Vegas Reopens, Compression Means the Time to Book Is Now